Chances are if you’ve ever stepped foot into a bro-infested gym you’ve heard of creatine. It’s one of the most popular supplements on out there, especially among men. Yet, maybe due to its macho marketing image, many women athletes don’t even bother. 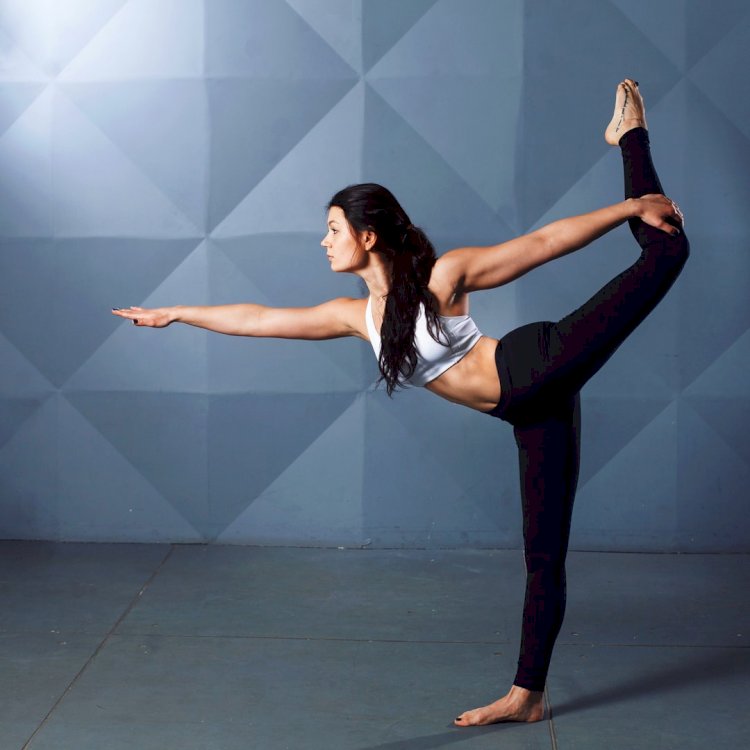 But, could creatine take your performance to a whole new level? Or are you doing the right thing by staying away from the supplement?

Instead of gym floor myths, we got down and dirty into the facts.

It wasn’t really hard, we just decided to check in with actual scientists. None of the following info came from Chad-who-smells-bad doing curls in the squat rack.

So, sit back, grab a coffee or jug of BCAAs, and get ready for a brain-pump. You’re about to learn all the best bits surrounding creatine, without falling asleep face-first in a scientific journal.

There’s always more to supplements than a little “take this, shut up, go train” summary. SMG always bring the facts and plenty of them too!

As one of our readers, you’re one of us. So understandably we only want the best for our ladies who lift. How are you meant to perform to your true potential if you don’t even know what goes in your body?

Therefore, here’s what you can expect to learn in this article:

Awesome, let’s get started. First up – what the hell even is creatine anyway?

Although always seen as a supplement, creatine occurs naturally in all vertebrates. And since we have a backbone, that included us too.

We store most of our creatine and phosphocreatine inside our skeletal muscle. However, our remaining amounts are distributed in and among other tissues, our blood, and the brain.

In young adults, creatine is produced endogenously at a rate of around 8.3 mmol (1 g) each day. It’s the liver and kidneys that primarily handle this synthesis process.

Creatine actually isn’t an essential nutrient. But, that doesn’t mean that it isn’t beneficial to have around. Its main role is to lend a hand in the recycling of ATP, which if you’re a regular of SMG, you know is the energy currency of our cells.

So, with that being said, it’s easy to see why supplementation is popular.

Most omnivores will take in a total of 1 g of creatine per day from their diet. Consequently, vegetarians and vegans especially may suffer from lower levels than your average meat-eater. Plant-based warriors and hench herbivores take note…

Body Breakdown – How does it work?

When creatine is produced in the liver it’s then transported to tissues that need it the most. Any place energy demands are high on the priority list, especially the brain and skeletal muscle.

Usually, there’s a concentration of ATP between 2-5 mM in our muscles. Now, this isn’t actually a great amount, only supplying enough energy for a few seconds of intense contractions.

Imagine we’re halfway through a HIT circuit and the workout calls for 15 barbell thrusters – or any other explosive movement. Understandably, our ATP stores are going to drop faster than Taylor Swift could write a song about her ex. Sorry, Swifty…

But because our bodies are amazing at handling WODs like a boss, we aren’t done yet. Using the phosphagen system we resynthesize ATP from ADP with what is known as phosphocreatine.

Here’s a breakdown of the steps:

How cool is that? It’s awesome what we can do sometimes, isn’t it?

And the more creatine we have in our muscles, the greater amount of phosphate we can store too. Therefore, we can re-energize quicker, hit our workouts harder, and go for longer.

Key point: Creatine is a naturally occurring substance found inside our bodies. It plays an important role in the regeneration of ATP for energy.

Creatine is one of the most rigorously studied supplements out there. It’s safe to say there are a bunch of benefits it may provide all athletes, including women.

The whole idea that creatine is reserved only for the guys really is something to be trashed.

In fact, many studies show that females actually respond well to supplementation. So, all those adverts of jacked up dudes aren’t actually doing the manufacturers any favors.

But you’re here now and that’s all that matters. Let’s get into the benefits available to all genders respectively…

Scientists have been saying for decades that regular creatine supplementation can increase lean mass. Here’s a 2003 study outlining the effects of prolonged CS (Creatine Supplementation) on body composition.

For those who don’t quite fancy wading through academic writings, the takeaway point is:

It’s also important to note that the science doesn’t suggest that creatine will make you add body fat. So, if you’re looking to sculpt and shape muscle, CS might be for you.

Let’s assume because of the title, you’re here as an athlete. But would it be too far a stretch to guess that you’re interested in strength and power?

Of course not! Who isn’t, at the end of the day? Women like us want to literally raise the bar and see those PR’s crushed to dust.

Scientists investigated the effects of CS on the muscle strength of female collegiate soccer players. Out of 14 women athletes, half received a daily dose of creatine, whilst the others took a placebo.

According to the results:

The Cr group demonstrated greater improvements in bench press and full-squat maximal strength (the trial by group interaction) compared with the placebo group, which were significantly different between baseline and 5 weeks for the bench press and between 5 and 13 weeks for the full squat.

Again, to refer back to the previous 2003 study, short-term CS has been reported to improve all-out power/strength by 5-10%. This same figure was also given for work performed during repetitive sprint training.

Are you a barbell tearing beauty with serious numbers to move? Maybe you’re a CrossFit WODstar looking to beat the entire box? If so, creatine supplementation could be something to consider.

Tell me about the side effects…

As always we’re all about transparency here at SMG. Therefore it’s only fair that we speak up about the side effects too.

Because although creatine isn’t considered a dangerous substance, there have been a few nasties linked to it.

Reported side effects at high doses include the likes of:

We should also point out that there have been concerns raised for people with bipolar. Apparently, creatine supplementation might even increase mania. Not good.

But is it safe?

Well, when consumed in lower recommended doses it seems to be. If there were any monstrous side effects that could seriously harm us scientists would know by now.

For example, the 1000 mg found in our favorite pre-workout 4Gauge is far from dangerous. In fact, it is the perfect amount to improve mental focus as creatine has been proven to have cognitive mental benefits.

Including a small optimal amount into an already great pre-workout keeps the bad stuff at bay. 1000 mg isn’t quite enough to make you swell up like Arnie, damage your kidneys, or even retain much water.

However, if you were to overload, we can’t say for sure you’d not experience any side effects. We all know you can have too much of a good thing, just ask us after the SMG summer party.

Key point: There have been many reported side effects caused by creatine. However, it is deemed safe to use regulated suggested doses.

Now, we’ve already spoken about increasing lean mass over time. That bit is blatantly awesome because as women athletes we’d never say no to a little extra.

But, we have to kind of take the rough with the smooth when it comes to creatine. And unfortunately, studies show that one of the side effects is water retention and weight gain.

We’re not saying you’ll fill up like a water balloon. Not quite, anyway. But you will retain extra fluid than usual.

Understandably, this extra liquid will add to an increase in size and weight gain. According to this study carried out by Kutz and Gunter:

So, it’s safe to say, if you’re watching your weight maybe leave creatine cycles out of your supplement schedule. Plus, if you’re worried about looking bloated, maybe look for an alternative. Something without any link to gastronomical stress and bloating whatsoever.

Key point: Creatine has been shown to cause water retention. Therefore, it can make you bloated and increase your overall body weight. For some women, this can be an issue.

Summary: Should you be taking creatine?

As an athlete and a woman, you should weigh up the pros and cons. It all depends on the individual and how they respond.

No one can deny that science has proven creatine to be effective. Yet, if you’re susceptible to easy weight gain or a sensitive stomach, maybe give it a miss.

Some females don’t even feel any benefits at all. These ladies are known are non-responders, AKA someone who has just spent their money on a useless powder.

Women are actually more likely to be non-responders due to their naturally higher creatine content. So, in effect, you might not even need it as this study shows.

What can I take instead?

What will probably be more effective is a premium natural testosterone booster. TestoFuel is our go-to in the SMG office – we love it. But why testosterone? Isn’t that for men only?

Believe it or not, T is a powerful androgen essential for female athletes too. Scientists even go as far as saying it gives us a significant competitive edge. Plus, testosterone promotes femininity, not diminishes it.

You can still get the shapely, toned muscle, and better fitness that comes with creatine. Except, with a testosterone supplement, you don’t get the water weight gain. Which also means it goes without saying you’ll not have to worry about stomach cramps or bloating.

As always, it’s your call, girl. Just take the facts we have provided and make an informed choice. Your body and health should always be paramount.

So go out there, hit the training hard, and supplement as you feel fit. We’ll always be here with your favorite female fitness facts and content – check back any time.

What exactly is a ‘coregasm’?

Do Waist Trainers Work? (Or Are They Just A Fad?)