When it comes to muscular physiques it’s never enough to just state the obvious. Because one man’s ripped is another man’s aesthetic, and what you might consider swole, is just jacked at best to us. Confusing right? Not anymore skinny boy! Here’s a rundown of the four main muscular physiques… 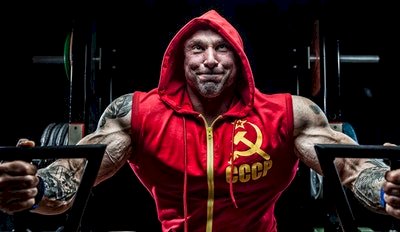 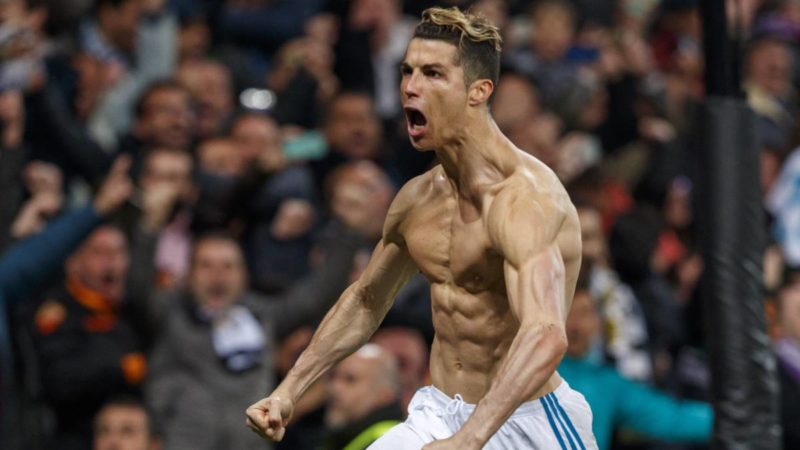 As one of the oldest sayings in the iron house, ripped is definitely a description you’ve heard. Hell, if you’re rocking single digit bodyfat alongside decent muscle you’ve probably been strapped with the title yourself. Celebratory shots of pre-workout for you buddy.

But what does it even mean? Apparently, according to bodybuilding historians, it’s to do with veins and muscles looking like they’re ripping through the skin. This can only be possible with super low levels of body fat and a healthy dose of lean mass.

In the simplest terms, this dude is super defined with decent amounts of muscle. He might not be the biggest, nor the strongest, but he has consistent etchings across his body without fluff. This guy definitely doesn’t need an Instagram filter to make him look cut.

Under his shirt are highly visible abs, although they might not be totally symmetrical. Yet, see this guy walking down the street fully clothed and you might not even look twice. His muscle mass doesn’t really cut an imposing shadow and there’s nothing spectacular about his shoulder width.

After all, his aim isn’t to be the biggest guy on the gym floor, so size is simply an afterthought. 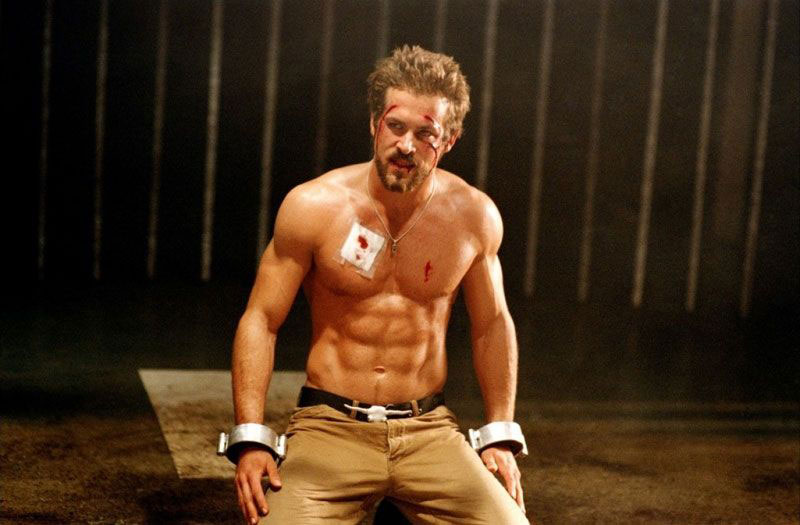 How to get ripped

Ripped guys typically focus their attention on athletic endeavors. This could be solo sports like boxing, team sports like football, or even functional bodyweight training like Calisthenics.

Anything fat burns fat can get a man ripped – so long as it’s combined with a high-protein calorie controlled diet. If you’re a natural endomorph who piles on the pounds easy calorie control is even more important.

Think about the physiques of dudes like Cristiano Ronaldo, Ryan Reynolds, Jason Statham, Manny Pacquiao, and Bruce Lee for a visual cue. 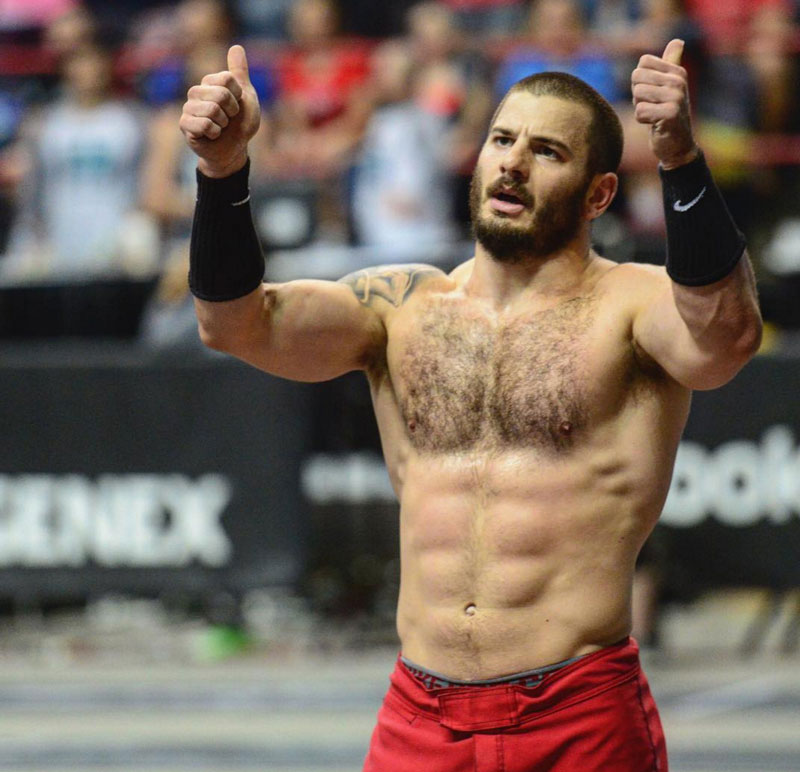 Sitting comfortably between ripped and swole is jacked. Now, being jacked is by no means a middle of the road affair, it’s pretty much the penultimate physique goal. If somebody ever says you’re lookin’ jacked drop them a double fist bump free of charge.

Being described as jacked means a dude is stacked with lean muscle mass. He’s strong, powerful, and f*cking functional in terms of his potential to crush skulls. Visually, this is the sort of physique to expect from a stereotypical alpha-male. Rugged, healthy, and intimidating.

Mr. Huge Jacked-man has an above average build meaning you can instantly tell he does something physically challenging. Even when fully clothed he cuts an imposing figure, as his broad shoulders, large traps, and wide chest dominates his upper body. Simply put – he’s what most people think of as being “big”, “muscled-up”, and “in-shape”.

Jacked guys mostly carry less body fat than the average man, but his goal isn’t to get ripped. He’s all about being strong and athletic as fwuark – especially in the upper body. Under his shirt, you’ll most likely find a concrete core, but without the chiseled definition to be considered ripped.

How to get jacked

Jacked dudes typically build this kind of physique through power-based sports or lifting. This might include the likes of CrossFit, Olympic lifting, functional fitness, fight sports, or certain football positions.

Any kind of resistance training can get a man jacked, which is why it’s easily the most common physique for active alphas. All you’ve gotta do is get adequate recovery, eat a sh*t tonne of protein, and be consistent in your training.

For a visual cue take a look at the physiques of CrossFit champ Matt Fraser, Michael B Jordan in Black Panther, boxer Anthony Joshua, and NFL star Antonio Brown. While none of these guys pass as totally swole or seriously shredded, they’re undoubtedly specimens of alpha-maleness.

The Workout: Lean Bulking: How to Build Mass Without Getting Fat 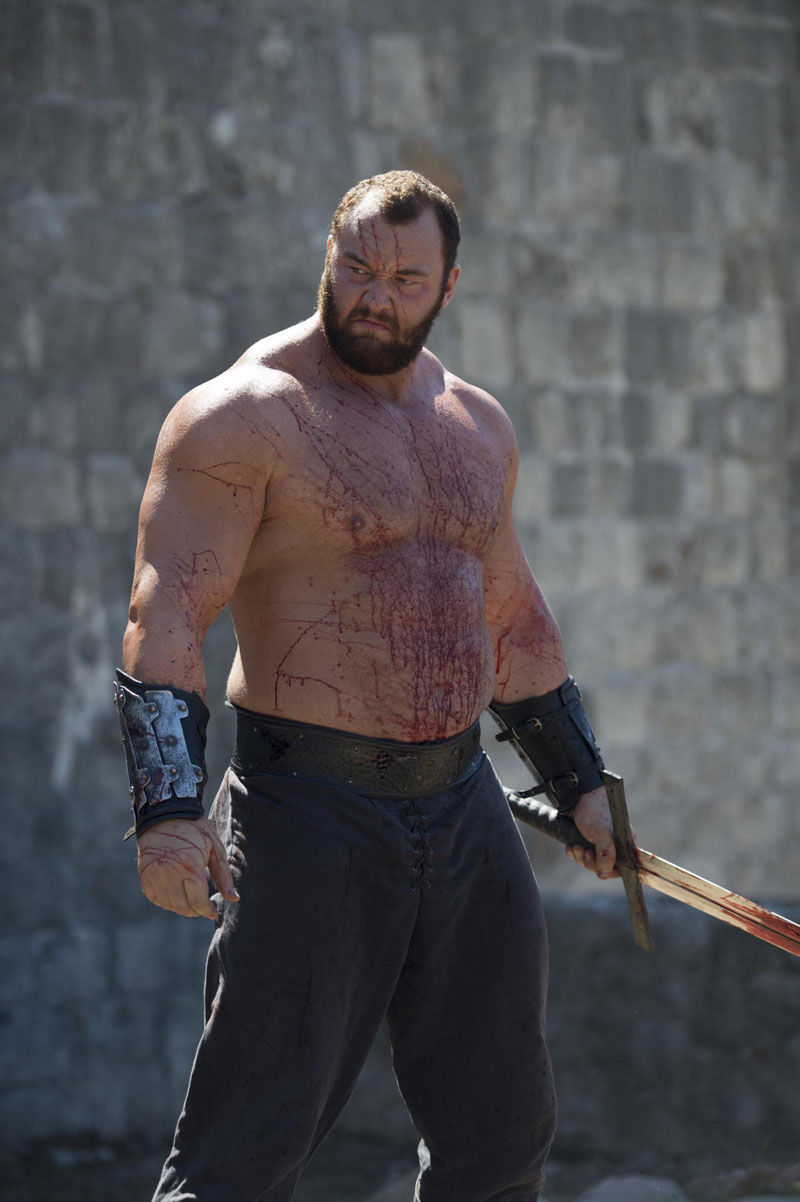 Ever seen a man blot out the sun with nothing but his traps? The sort of man who enters the gym sideways. Yeah? Well, that dude is the definition of one swole *ss mutha.

Taken from the word swollen, swole best describes the true larger-than-life character. The sort of guy that is instantly the biggest pile of muscle in any room or makes Gorilla’s hide when he visits the zoo. If this were ancient times, he’d be some sort of warlord or Viking king.

Just as his swollen tagline suggests, swole is all about size. This guy isn’t necessarily as functionally fit as a jacked athlete and might not even be ripped. However, ain’t nobody doubting the pure hypertrophy of his frame and he definitely doesn’t need to take off his XXXXL shirt to prove it.

His body is usually always dominated a thick, dense, and extremely broad torso – while his legs are wide as tree trunks. He might also tower well over six-foot in terms of height (there are a few exceptions).

Simply put, he’s f*cking huge. If the world was about to go to sh*t and descend into chaos, you better hope he’s on your side. 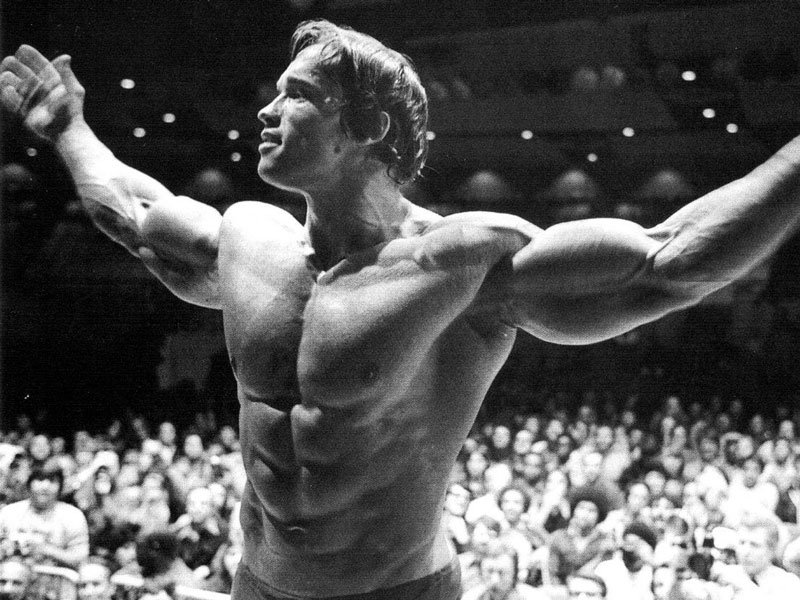 How to get swole

There’s only one way to get this big and that’s to lift some muthaf*ckin iron, bro. We’re not talking about a few sets at the YMCA twice a week, f*ck that bro, more like serious dedication to the lifting life. Year after year of heavy *ss reps to break down muscle fibers and stacks of protein to rebuild them bigger than ever. You simply adopted the gym life – he was born in it.

Therefore, it makes sense that swole is super popular among the bodybuilding community and powerlifting world. In fact, being swole is held in the highest regard, sometimes even above the likes of jacked, hench, or yoked. To be swole is to be a God among men – a real-life f*cking beast.

The Workout: Powerlifting Program for Novices: Boost Your Big Lifts 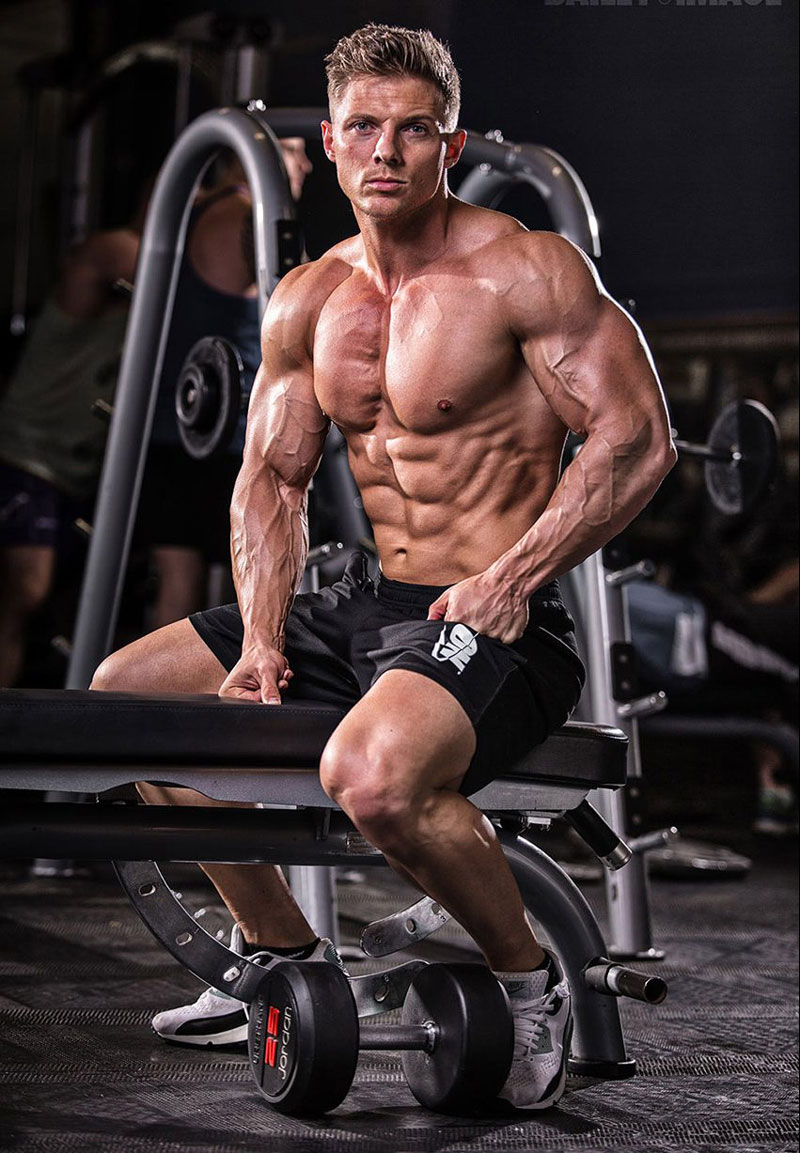 Aesthetic – the pinnacle of all physique development. Men want to have it, women want to sleep with it, and only the most dedicated of athletes can be it. That’s what an aesthetic bodybuilder would say anyway.

The aesthetic muscular physique is created solely with the intention of looking good. It’s not about size, definition, or symmetry alone – it’s about finding the perfect balance of everything. The actual definition of the word aesthetic means “the appreciation of beauty”, which kind of says it all.

The aesthetic bodybuilder can easily be described as both jacked and ripped. However, he’s less likely to look like a functional athlete and more like a Greek god carved out of stone. After all, the aim of the game is to concentrate on the visual, not the functional. You’ll not find him crushing WODs any time soon.

So, while he looks muscular fully clothed, his narrow waist and wider than average shoulders might just suggest jacked. However, shirtless, it’s obvious this man’s above-average amount of muscle is expertly crafted and backed up with deep definition. Again, he sees his body as a never-ending work of art, so don’t expect him to be happy just looking jacked. 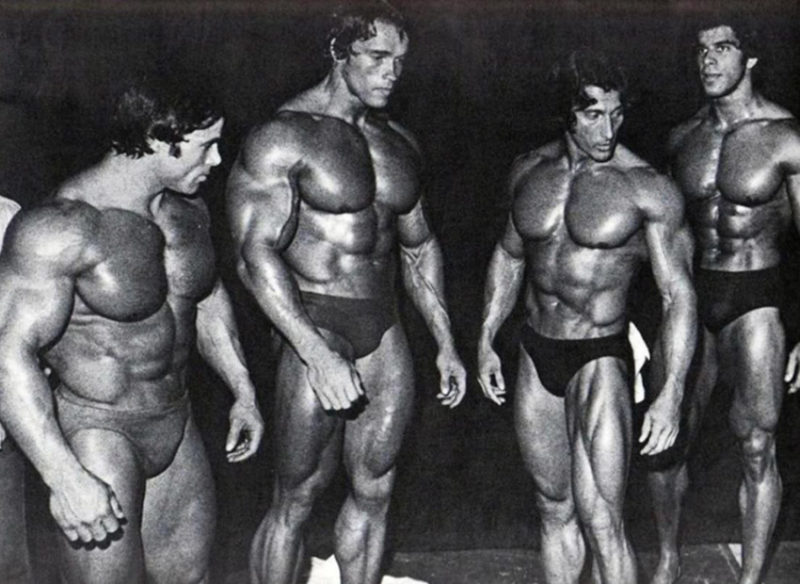 How to get aesthetic

Achieving the aesthetic look is always down to nutrition and specific training. Whereas a dude might get jacked through CrossFit workouts or football alone, aesthetic bodybuilders craft their physiques using precise split routines. They focus solely on perfecting their body one part at a time – hardly ever giving a second thought to actual fitness.

When going for the aesthetic physique it’s a good idea to keep your kcals in check. Cycling carbs and prioritizing protein is a useful way to do this that also ensures low body fat never falters.

For a visual, think about the classic bodybuilder look of OG legends like Frank Zane or Sergio Oliva. One concentrated on overall composition and symmetry instead of pure size. Steve Cook, Jeff Seid, and Ulisses Jr. are also great examples of a modern aesthetic physique.

The Workout: Deltoid Exercises: Try These 5 Amazing Moves to Define Your Deltoids 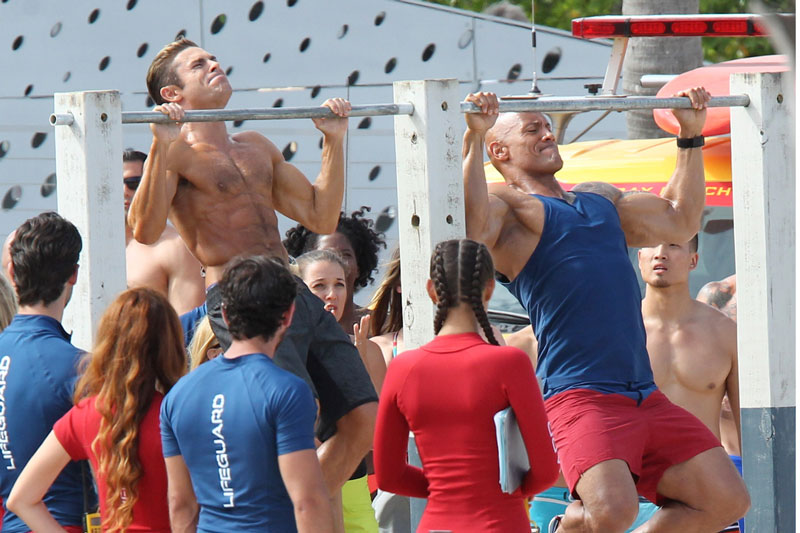 The last lift – Which one are you gonna be?

There you have it bro – all the knowledge to instantly recognize the main four physiques you’ll find in the iron house.

Knowing what physique style you’re shooting for is hands down the best way to make gainz. Because bro to bro, it’s the only way to focus your training. Building a swole AF set of yoked traps takes a totally different approach than an aesthetic set of abs, so pick your destination and plan accordingly.

Hell, if you don’t know what you wanna be, take our simple advice… Just get Judy Dench jacked. Try one of our muscle building workouts and start your initiation into the swole patrol today.

Good luck out there, bro. You’ve got this sh*t on lock.

More muscle obsessed stuff from your boys at SpotMeBro:

DIY Facials With Amazing Ingredients Your Skin Will Love

11 Reasons Why Deadlifts Are So Good For Your Health!

Strength Training For Men And Women