Ditch Your Running Shoes: How to Get Running Fit Without Actually Doing It

Aside from the sweaty celebrities we see on TV and cardio bunnies in the gym, elite runners are serious athletes. But the question is, can you get the same benefits without doing it? We’re saying “yes” and what follows is a complete guide on how to get running fit without running. Do you really have to pound the pavement every day to shave seconds off your mile time? Or is there a way to build a body to dominate the trail and ditch your running shoes at the same time? Running is a serious sport that should not be mocked (settle down bros). The top guys have put their whole life into perfecting their stride. Building their legs and lungs to handle the pace of a pre-workout guzzling gazelle. Even though nothing quite beats the real thing, not all improvements are made on the track. We’re standing up right now and saying that “yes” you can actually get running fit without even doing it. 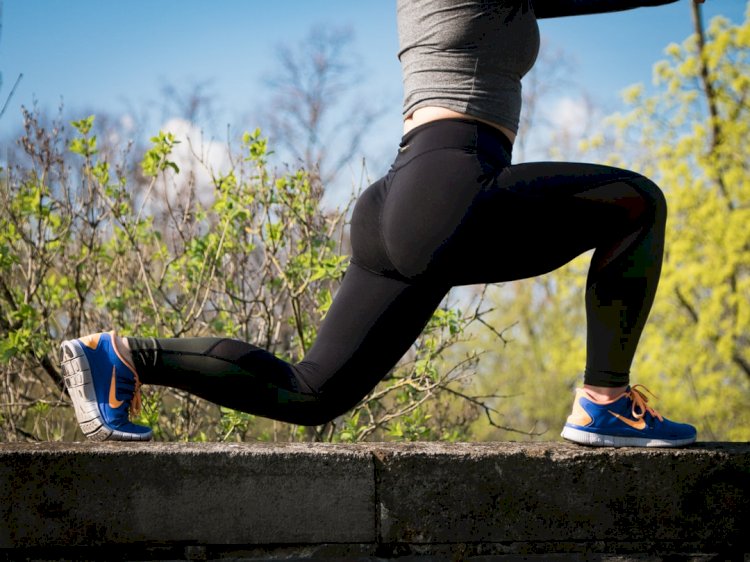 Ditch those dirty old sneakers in the trash right now, bro. Not only do they smell worse than the protein shaker we lost in our car last summer, they’re totally useless from this moment forward.

We’re going to show you how to get marathon ready with no heel-toe action involved what so ever. Here you’ll learn all about:

Using the knowledge of our expert team and up-to-date scientific studies, we will break down each part into easily understandable sections. So sit back, grab a jug of tasty aminos, and don’t even consider touching those Asics.

What you will need to get running fit without actually doing it:

Of course, there are a few things you’ll inevitably need if we’re to whip you up into pace setter shape. These are:

At the very minimum, you’ll need the first two. The idea is to build your body in a way that prepares it for the rigors of running. Obviously, we can’t do that sat on the couch.

Therefore, elements of gym-based strength training and conditioning will be used. And as for the pool, well, that’s our secret weapon. Swimming offers an awesome full-body workout and is a real core buster.

First up though, let’s examine the muscles firing through a runners body. Especially as they open their stride and hit race speed…

Firing On All Cylinders: A Guide to the Muscular Requirements of Runners

Running places physical demand mainly on the lower body. We know that seems obvious bro, but we all need to be on the same page if this is going to work.

The main muscles involved in upright/forward human propulsion are:

So, we’ve outlined the target muscles. Now it’s time to take a look at how we’re going to improve them. The goal here is to be bigger, better, stronger and faster than ever.

We will focus on a rep range of 10 so we don’t delve too deep into hypertrophy territory. We’re not quite at the endurance sourcing stage yet, so only stick to the scheduled rep range.

Each exercise presented has been hand-picked due to its ease and efficiency in hitting the relative area. If you’re in doubt about how to perform anything safely, hit up YouTube for a quick demo.

Alternatively, you could ask a more experienced bro or hire a professional trainer. Remember to keep sh*t safe and realistic.

Choose a weight that leaves you struggling for 11 reps but doesn’t make 9 a grimacing task. 10 reps should be your ideal maximum with the chosen load.

This workout should ideally be performed at a minimum of twice a week.

It’s a good idea to leave 24 hours between each workout, so you can recover ready to go again.

SpotMeBro always advise that you warm up well before jump-starting into any lifting. Spend at least 5 minutes raising your heart rate on the rowing machine, and throw in a touch of mobility drills to activate the muscles and prime them for action.

Tip: To turn this workout into an endless endurance-specific session, drop the weights. Hit each movement for double the reps as purely bodyweight exercises instead. 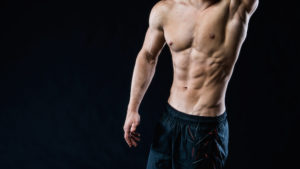 A strong core plays a key role in running fitness

It should also go without saying that the core plays a part in running efficiency. Without a solid core, energy is wasted as the kinetic chain wobbles under the shock and pressure of striking the pavement.

Imagine this as kind of like hitting a nail with a jello hammer. The impactful force is lost through immense flexibility in the tool, rather than transferring through the head and into the nail. That’s why every two-legged cheetah needs a concrete core.

Both the strength and cardio aspect of this training plan will go far in forging an impenetrable core. Still, that doesn’t mean there aren’t additional things you can do maximize their efficiency.

Mindfully engage the core in every single movement you do. Think to yourself; “Are these muscles switched on? Are they firing and supporting my spine, or are they tiring and becoming lazy?”

Putting the mind into the muscle this way is proven to increase activity and gains.

Concentrate on your core and literally feel it grow.

Swimming it an awesome aerobic alternative to running.

As they say, there’s more than one way to ingest a pre-workout. The same goes for developing run ready cardio.

First, let’s just define what cardio is. Cardiovascular fitness is based on how well the heart, lungs, and muscles, can absorb oxygen and then transport it around the body for use.

When we as athletes perform cardio exercises regularly we create awesome long-term adaptations on the inside. There’s an increase in the capillaries situated within our muscles, meaning more oxygen can be absorbed into them.

For that reason, we’re going to suggest you hit the pool at least three times a week. This would ideally be on the off days between strength workouts.

If that isn’t possible, then strapping into the end of strength day isn’t too big a risk. Just ensure you give yourself plenty of time to recover before hitting the weight room again. We want to be fresh for those optimal gains, bro.

Here’s what we want you to do…

Although we’re not really hitting sport-specific training in this section, we are boosting the same energy system.

So, in theory, our cardiovascular system will be ready for race day without us even having to tie a pair of shoelaces.

The fact of the matter is that runners primarily sit somewhere comfortably within the aerobic club. This means the activities they carry out are done so with oxygen.

Other aerobic activities include hiking, cycling, rowing, yoga and, of course, swimming. We placed the latter as first on our agenda because as mentioned it’s an awesome full-body workout.

Long steady-state cardio training such as swimming has been proven to elevate your VO2 max. This is the maximum rate that you can utilize oxygen whilst you’re exercising.

A quick note on nutrition…

As we know, being able to absorb a good amount of oxygen during a race is exactly what a runner needs. This is because when out on the track, a runner’s main source of fuel is the food they have previously eaten.

Whatever mixture of macros digesting inside their system is, there still needs to be one more vital element present – oxygen. Without it, aerobic activity can’t take place and the potential energy can’t be utilized.

During exercise below 70% MHR, the body breaks down fats and carbohydrates in the presence of oxygen to produce ATP. Adenosine triphosphate is our muscles’ only energy currency, so to be running fit, also means to be well-fed.

What we’re saying is don’t be afraid to ingest a healthy amount of complex carbs, lean proteins, and healthy fats. Remember to think about taking on quality food sources. Stuff that’s full of vital vitamins, minerals, and all-around goodness.

Of course, a runner doesn’t aim to be bulky. But they don’t look to cut like a traditional bodybuilder would either.

Just think performance over aesthetics, and burn those kcals to dust. Here are a few awesome aerobic training supporting foods:

Finally, there’s just one thing we haven’t covered. It’s something that plagues the nightmares of all athletes across the globe, not just runners. We’re talking about the deep burning sensation of lactic acid build-up (although it’s actually hydrogen that causes the burn).

Lactic acid occurs during moderate to intense exercise when we tap into our anaerobic energy system. By doing so we can provide our muscles with 1-3 minutes worth of ATP when sufficient oxygen isn’t available.

Without going into too much detail, this process breaks down glucose into two molecules of pyruvate to create ATP. Unfortunately, the resulting by-product is hydrogen.

When we can’t expel this hydrogen quick enough it chemically joins up with pyruvate. Then comes along the dreaded lactic acid (which is actually there to buffer the hydrogen), which hangs around in the bloodstream waiting to be processed in the liver.

As blood acidity rises, and food fuel sources get harder to access, our performance diminishes. The muscles begin to burn, feel heavy, and struggle to move effectively. If you’ve ever had the misfortune of this feeling – you’ll remember it forever.

Now, if you’re serious about getting running fit, you’ll want to work on your lactate threshold. Fortunately, there are ways to do this but they’re not pretty. They downright suck, but the benefits far outweigh the cons. Try this if you dare:

According to statistics, over 10 million Americans identified as runners back in 2016. Today, that number will have inevitably risen to an even greater amount.

The enjoyment that people find in running can only truly be achieved by actually doing it. But, as we have shown, it’s totally possible to get run-ready without breaking out of a stride.

Fitness isn’t always universal. Breaking down the main components of how certain athletes are built is how you should approach these things.

That’s how we did it, and that’s how you should tackle the situation too. Keep every movement and idea specific to the sport. A runner needs to be aerobically fit, possess superior lower body strength, endless endurance, and a killer core.

At the end of the day, there’s a reason synchronized swimmers aren’t hitting 300lb deadlifts.

What is The Keto Diet and Can it Work for Weight Loss?

Individuals Are Scrutinizing Their Equilibrium In the "Center of Gravity"...