Everything You Need to Know About the MATADOR Diet

Could the MATADOR diet be the key to a slender, leaner, more athletic figure? In this article, we take a look at the science behind this approach to fat loss and break down the science on how it might help you burn more fat and build your best body yet. As a new take on the intermittent restriction diet, the MATADOR diet combines the necessary calorie-restriction with the flexibility of regular diet breaks. 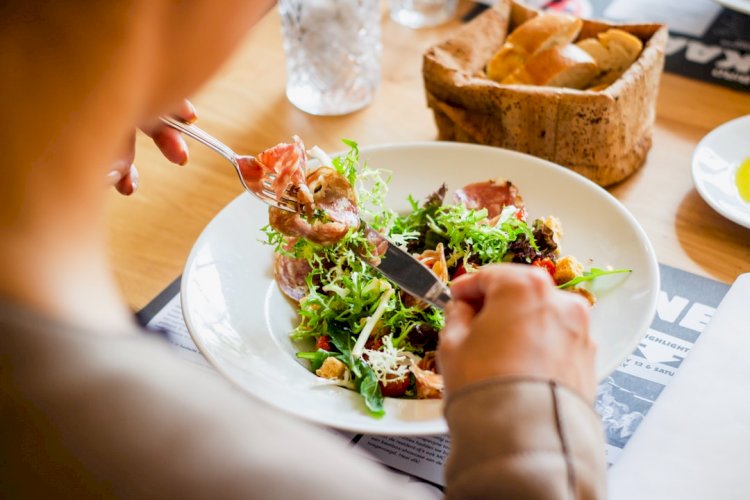 If you want to slash through body fat and carve out a shapely, fat-free physique you need to give this a read…

What Is the MATADOR Diet?

When you think of a matador you might conjure up images of a tanned, hunky and muscular bullfighter, his sweat glistening in the Spanish sun as he expertly battles the aggressive advances of an angry bull.

It does for us anyway.

But the MATADOR diet is actually a real thing. And it’s been shown to result in significant fat loss, without muscle loss.

It stands for Minimizing Adaptive Thermogenesis And Deactivating Obesity Rebound). Okay, that’s a big mouthful, so what does it mean?

The MATADOR diet is a fresh take on intermittent energy restriction. To follow the plan you need to break up your normal restricted way of eating with periods of ‘diet breaks’.

In simple terms, you follow a normal diet for 2 weeks making sure that you achieve a calorie deficit of around 30% (give or take 500-600 calories for a woman of average weight woman).

You then break from your deficit and eat normally for 2 weeks (by normally we mean at maintenance, not just everything and anything).

What are the benefits?

In 2017, a clinical diet trial was published in the pretty prestigious International Journal of Obesity.

In the study, a group of 47 volunteers was asked to follow a set protocol for 16 weeks. Some were given a general calorie deficit plan and others were asked to follow the MATADOR diet.

What did they find?

Key Point: The MATADOR diet is a form of intermittent energy restrictive eating where you achieve a 30% calorie deficit for 2-week blocks, broken up with 2 weeks of maintenance diet break.

Is The MATADOR Diet The Best Diet Ever?

In reality, there is no magic bullet or cure for fat loss without managing your calorie intake.

You can’t liberate stored fat and use it for energy without forcing it to. And the only way you’ll do that is by giving your body less energy than it needs to get through each day.

It doesn’t matter whether you follow a restricted diet, IIFYM, keto or any other specific way of eating.

These diets only work because they put you in a deficit.

Once you’ve achieved your deficit, of course, you can begin to look at specialized foods and nutrients to help speed up fat loss.

These don’t replace your deficit but do help to get faster results.

And finally, throwing in some exercise too is a great way of burning calories to help you achieve your energy deficit.

One thing we pride ourselves on at SpotMeGirl is the ability to really understand the research.

We’ve learned all too well that ‘pioneering’ studies are often just that little bit too good to be true.

If you take a look at the research we broke down earlier, it actually showed a pretty significant difference in weight loss over the research period – around 4 kg on average.

There wasn’t any real difference in weight loss between either group, with 0.3 kg separating the general diet group from the intermittent energy restriction group.

But either way, MATADOR is still a respectable diet that works for fat loss.

Restrictive dieting might cause side effects that slow down weight loss

One thing we hear a lot is that dieting ‘damages your metabolism’.

To clarify, your metabolism doesn’t get ‘damaged’ when you’re in a long-term calorie deficit. It doesn’t need ‘kick-starting’ either.

But when you are in a deficit for extended periods of time you might find that some hormonal changes take place… and these could really put the breaks on your progress.

It’s not that your body is damaged. It’s just more than your metabolism is adapting to low food intake.

For example, research has shown that the hormones that regulate hunger can begin to down-regulate when you diet for long periods of time.

This can lead to either a big blow out binge where you just plain destroy food for a day or two (and obviously ruin your deficit) or your body fights back by forcing you to move less to even out the lack of food.

The MATADOR diet helps to maintain metabolic rate, keeps your hormones on your side and gives you the drive to keep active.

A good diet is one you can follow and adhere to

Many people become disciples of a particular dietary approach.

For example, CrossFitters absolutely love Paleo. Some people swear by the Atkins diet. And slimming group members will preach about their traffic light diet with the same enthusiasm as the Evangelistic priest at a cult meeting.

Again, you will only lose weight if you achieve a deficit. What works for one person won’t necessarily work another.

And that’s a good thing if anything because you can try different diets until you find that one that works best for YOU.

The thought of restricting calories a day in day out isn’t the most motivating concept.

But giving yourself timelines where you can see a break is a great way of boosting morale and drive.

The good thing about the MATADOR diet is that it gives you small diet breaks to help you stick to the plan. This more cyclic approach will definitely help some people – particularly those that hate the thought of a long-term diet.

Ultimately, the MATADOR diet is just another way of achieving a deficit.

The real benefit here though is that as an intermittent energy restriction diet, it might help to boost adherence.

Giving yourself a mini diet breaks every couple of weeks might help to keep you on track. A lift full of constant restriction isn’t a great prospect.

And even if you’re motivated as hell, to begin with, your willpower will eventually begin to drop off.

But being able to have small gaps from intense dieting might well make this one of the easier diets to follow.

This Woman Wants People to Know That Transformation Photos Only Show Half...

10 Fitness Apps You Need on Your Smartphone 2018