Weightlifting Belts: All You Need to Know, Pros & Cons

All gym-goers have witnessed somebody wearing one. Whether it’s a bodybuilder perfecting his physique or a powerlifter hitting a new personal best, they’re all buckled in. You’re probably wondering whether or not you need a weightlifting belt too. Here’s a complete guide with all you need to know… 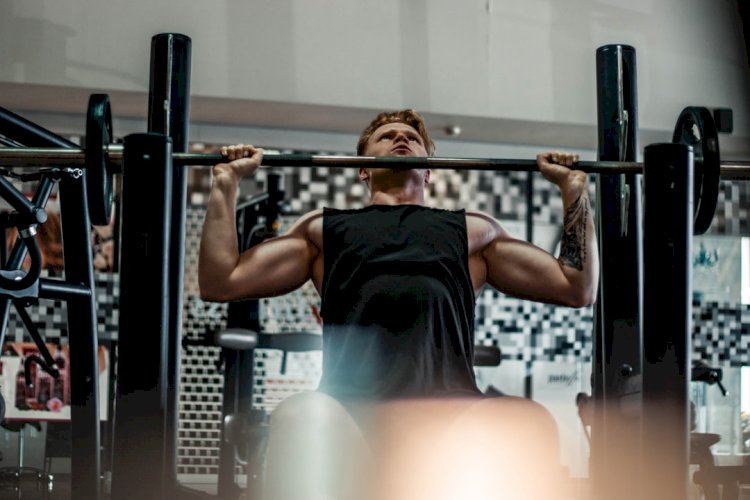 What does a weightlifting belt do?

Strapping on a weightlifting belt simply gives your abs something to push against. This, in turn, helps keep the force you generate contained, meaning more pressure is kept around the spine. This pressure is your key to unshakeable stability.

It keeps the spine from flexing and moving around during lifts and ultimately keeps you safe. You’re likely to suffer lower back damage when a loaded spine is forced out of alignment, so you need to be able to keep it straight.

Therefore, a weightlifting belt can provide an extra precaution to keep lifter’s injury-free. It can’t fix bad form, but it can save your ass every now and again, whilst offering a hit of mental reassurance.

Plus, a weightlifting belt might increase your performance. By creating a scenario where Intra-Abdominal Pressure is maximized, a lifter can make the trunk of their body as sturdy as possible.

This immovable top half can then be used as a solid foundation for big lifts, meaning they can max out without their spine flexing. For powerlifters or Olympic weightlifters smashing overhead movements, this foundation is crucial.

How to wear it

So, you’re set on strapping up. But before you go throwing on any old weightlifting belt you’ve gotta know how to wear it. We’re not talking about fashion advice here bro, this sh*t’s purely practical.

First, you need to decide what type of weightlifting belt you need. This will most likely depend on your discipline and/or how hard you go in the iron house.

Powerlifting belts are typically the same thickness all around, heavy-duty, and feature a big-ass buckle. Their larger surface area means the abs have tons of push space and the buckle will hold fast to maximize IAP. If you’re a strong savage who eats big lifts for breakfast, this is the belt for you bro.

Velcro belts are also popular sit entirely at the other end of the spectrum. Typically thinner and lighter, they feature no buckle and are held together by Velcro. Because of this, you won’t get many performance benefits, as too much pressure pops it open, but they are better for ‘training’ your abs. Grab one of these if you’re nursing a niggle or returning back from injury.

Hybrid/Bodybuilding belts sit comfortably in the middle. They’re usually the same thickness as a jeans belt and are larger in the back. Their buckle means they’ll stay tight when it matters, but they aren’t as sturdy as their powerlifting brother. You’ll most likely see the swole patrol wearing this type as they’re the most popular.

Once you’ve bagged a weightlifting belt, buckle it up so it’s tight. Set the buckle to the front and adjust it so the belt’s covering as much of your spinal erectors and abs as possible.

You shouldn’t be able to put your fingers in between you and the leather, but breathing should be easy. Expand your torso with a deep inhale to check you’ve got the pressure right.

When to use it

As with any kind of kit, it’s wise to know when to use it. Weightlifting belts are now different and should be reserved only for when they matter.

Here are the pros and cons of wearing a weightlifting belt. By weighing up your goals in relation to these you’ll know whether to buckle up or leave the belt on the back seat.

Pros: If you’re hitting any near max heavies, go for it bro. Anything over 85% effort is always worthy of a boost from the belt. As the intensity gets higher and the chance of injury goes up it’s always good to have a little backup. You know, just in case sh*t goes down in one-rep-max town.

Plus, if you’re a competitor, consider the performance benefits of a belt. Almost every single strongman and high-level powerlifter wears one in the arena for good reason. They help these giants lift heavier weights harder, faster, and for longer. You might not need one every training session but never forget your strap on comp day.

Finally, you should use a weightlifting belt when your confidence has taken a hit. If a belt is what it takes to get you back under the iron then f*ck it, strap in buddy. Just remember not to rely on it and to concentrate on remastering your form over everything else.

Related article: 3 Essential Exercises for a Stronger Lower Back

When not to use it

Bro, let’s be real though. You don’t have to wear a weightlifting belt for every little thing. Not only does it look dumb AF to be buckled up on the leg-curl, but it can be detrimental too.

Wearing a weightlifting belt when you don’t need to can turn your lower back into a p*ssy. As we use our core (lower back included) to stabilize almost every lift, it’s important it adapts too.

By constantly wearing a belt, the lower back doesn’t get a chance to work hard and will eventually get left behind. Whilst the rest of us gets stronger, our limp AF lumbar lags in the back like a hand-held weakling.

Plus, relying on a weightlifting belt isn’t great for your form. By not practicing perfect posture and keeping your spine in alignment you’ll never develop great technique. Whilst you might not give a sh*t now, god help you the day you forget your belt. Somebody call an ambulance.

Related article: Why Is Core Strength Important? – Basics of Being Strong

Why use a weightlifting belt

The first reason you might want to use a weightlifting belt is for safety. According to Kingma et al, “Wearing a tight and stiff back belt while inhaling before lifting reduces spine loading. This is caused by a moment generated by the belt rather than by the IAP”. [1]

In case you were wondering, IAP means Intra-Abdominal Pressure. So, in theory, a weightlifting belt can take some of the strain away from your back in the iron house.

Secondly, another study has shown that wearing a weightlifting belt can also amplify the effects of the Valsalva Maneuver [2]. Powerlifters use this move for max lifts, which is why you’ll often spot them adorned with a thick leather strap around their belly.

The Valsalva Maneuver is a breathing technique used to create intra-abdominal pressure. In turn, this increases spinal stability, maximizing the lifter’s ability to maintain form and transfer force when hitting heavier weights.

That’s why we see stacked to the nines muthas not breathing out during their near-max efforts. First, they take a deep inhale, hold it whilst squeezing the abs tight to build pressure, hit the lift, and then exhale after. Again, the belt provides a wall for the abs to push against. This pushes the belt into your spine, giving you a rock-solid core from front to back, which is another reason why you’d want to use one.

Finally, a belt can offer mental reassurance. If you’re not super confident in your ability or you’re coming back from injury, a weightlifting belt can be your peace of mind. Doubt is one of the worst things for crushing performance and a belt can keep that gainz trashing demon at bay.

Conclusion: Weighing it all up

A weightlifting belt is a popular piece of equipment found in gyms worldwide. It straps uptight around the lifter to create a firm wall for their abs to push against.

When used right, a weightlifting belt can be beneficial for both safety and performance. The belt helps you to increase abdominal pressure to bolster and stabilize your spine for those big lifts.

There are different types of weightlifting belts, all created for a purpose. Whilst some are pretty generic and can be used by anybody, sport-specific varieties are popular. Powerlifters, for example, have their own type of weightlifting belt that’s much thicker, wider, and stronger than the rest.

Wearing a belt is ultimately a personal preference. Yet, whilst there aren’t any hard or fast rules, bros should consider if a weightlifting belt is worthwhile. For some, it’s a feeling of confidence, whilst others just love the performance benefits.

Either way, weightlifting belts should ideally be used when they’re needed, not all the time. Buckling up for every single session can leave the lower back left in the dust of your other developing muscles. It’s a case of use it or loses it with the core, so don’t take advantage of an awesome piece of kit by overdoing it.

Hunter Burn Review – Will It Actually Help You Drop the Pounds?

Healthy Ways to Celebrate Valentine’s Day With Your Swolemate

Changing My Diet Helped Me Cope with Anxiety