What Body Fat Percentage is Healthy for Women

Six-pack abs. Cellulite-free booty. Maybe just a smaller pant size? Every woman who’s dabbled in working out and eating clean probably has a body fat percentage in mind when it comes to what her “goal body” looks like. Although it can be a good thing to set lofty goals, just how realistic are your fitness goals and what are you willing to do more of (or less of) to achieve the look you desire? To help you figure out which body fat percentage you should be setting your sights on, we’ve found a range of examples, with information on what it takes to get there. With the help of this guide, you’ll find out whether your goals are healthy and realistic. 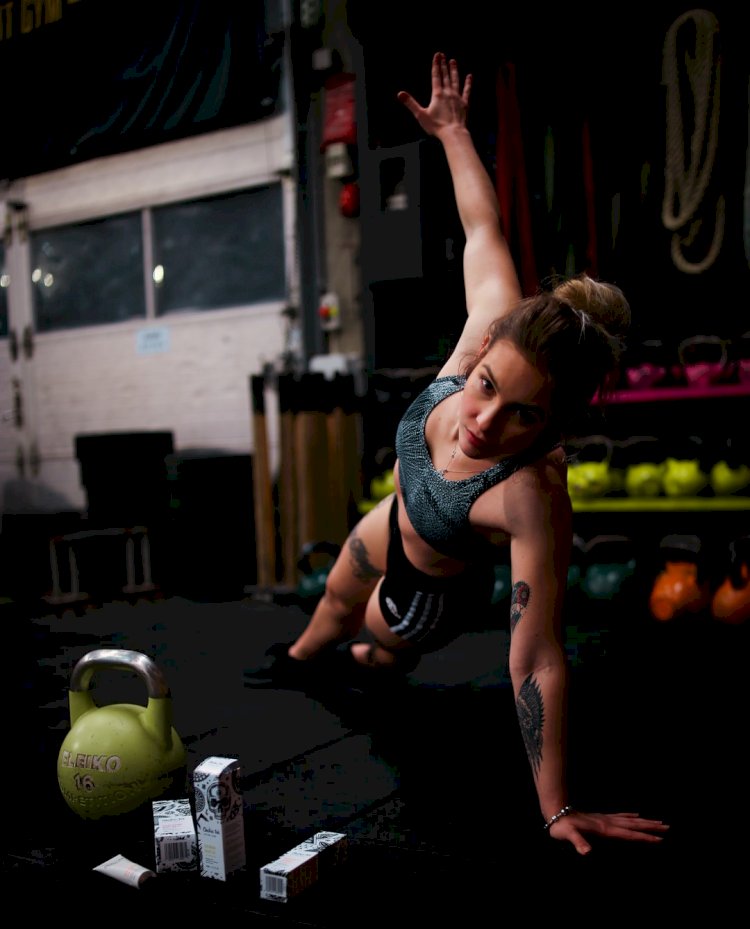 A body fat percentage greater than 32 percent is considered to be obese. The women pictured here are probably closer to 45 or 50 percent body fat. New numbers from a study by the Centers for Disease Control and Prevention show just over 40 percent of women are obese, compared to 35 percent of men.

Essentially, women in this category are not making healthy choices on a regular basis. Although you can eat whatever you want at this body fat percentage, the tradeoff is low energy levels, lower life expectancy, and risk of heart disease and more.

Read on to find out what it takes to fall under the healthy “average” category of 26 to 30 percent body fat.

The good news is it’s not that hard to go from unhealthy levels of body fat to the higher end of average. We all know what we have to do to lose a few pounds it’s just putting in the time and the effort to make it happen for a healthier you.

Here’s what you can do:

The most important reminder is to remain consistent. These “simple” changes might not seem so easy at first, but they’ll help you achieve a healthier body fat percentage. You may need to hire a trainer to help with accountability, but most people will agree the tradeoff is well worth it.

So, you’re looking better and feeling better. You have improved health and you sleep like a baby. But maybe you want to turn things up a notch and have your sights set on the next body fat percentage bracket.

So you want curves like Kim Kardashian, but don’t want to have to give up your Friday Happy Hour? The good news is you can have both. Even better news? You should be able to maintain this level of body fat with a little planning and know-how.

The tradeoffs? You’re going to probably have to skip Monday through Thursday Happy Hour and meet at the gym instead.

Additionally, focus on reducing stress levels and getting eight hours of sleep on a consistent basis. Stress releases a hormone called cortisol. Too much cortisol causes the body to hang on to belly fat. Bottom line—chill out to lean out.

With this body fat percentage, there’s no mistaking that you work out and eat healthily on a regular basis. You’re a regular “gym bunny.”

You probably practice intuitive eating—you fuel your body with healthy foods when you’re hungry, and maybe only have a small indulgence on a daily basis. This could mean a glass of wine or a piece of dark chocolate.

Make no mistakes, it takes discipline and a regular gym routine, but it’s probably not going to interfere with your social life or priorities outside of your normal workout time.

At this level, you are very lean. You probably have a visible six-pack when you wake up in the morning a little dehydrated. Your overall health is good considering the lack of processed foods in your diet.

You go to the gym religiously and which may have an impact on your social engagements outside of your gym life. If you do make time for social functions—plan to practice saying “no” to the alcohol and fatty foods that your friends are freely engaging in.

Consequently, you may even hear lines like, “You’re too skinny,” “Eat a cheeseburger,” or the dreaded, “You’re no fun anymore.”

It’s up to you to decide whether the benefits outweigh the tradeoffs.

Ever heard the old saying “Birds of a feather flock together?” You may be lucky and have the type of friends who support your new lifestyle, but you should be prepared to experience a lot of negative feedback from the ones who don’t.

Is the microphone on? NO ONE CAN SAFELY MAINTAIN THIS LEVEL OF BODY FAT.

What’s the point, you ask? Many people feel a sense of accomplishment for dieting down to this level for a photoshoot or fitness competition. Although it looks super shredded for all the pictures, it’s not a body fat percentage you should look to achieve for the long term.

You have to be very focused on dieting and working out big time to get down to this level. There’s nothing wrong with having a goal of getting ripped up like your favorite cover model, just know it’s going to require a lot of work.

As you try to drop down to this weight, you’ll probably have difficulty socializing in situations that involve food as you will have to weigh and measure all your meals by the ounce and avoid restaurants. Many bodybuilders are susceptible to eating disorders after maintaining such rigid food rules for extended periods of time, so keep that in mind if this is your comp goal.

This level of leanness can be quite unhealthy, so keep that in mind as you head down this road. A photoshoot or a bikini competition isn’t a bad goal to have, just make sure you have the expectation of gaining back a reasonable amount of healthy weight after the big day.

What body fat percentage is too low for women?

Not all fat is bad fat. Women need more fat than men for basic physical and physiological health, so it’s important you maintain a healthy level as much as possible.

Women also need a certain amount of fat for ovulation and it’s not uncommon to hear of women who have lost their menstrual cycle after getting too lean. This isn’t a healthy way to be, so try if this starts to happen to you as you lose weight, you may want to visit your doctor or rethink your plan.

Many bodybuilders diet down or even maintain numbers well below this range on a regular basis, but it is important to know the difference between training for aesthetics and training for health. Of course, body fat is only one measure of health. To imply that anyone who has a six-pack and eats well is “underfat” or “unhealthy” is a stretch.

On the other hand, lean yet feminine physiques like fitness model Michelle Lewin are idolized in both the bodybuilding world and by us mere mortals. Lewin self-purported her body fat percentage to be 9.9 percent on her Twitter account (although this estimate is probably a little low).

How to measure body fat percentage

Body fat percentage can be estimated several different ways, including the use of calipers and bioelectrical impedance scales, but the margin of error can be up to five percent. Hydration levels and food intake at the time of measuring can also skew the test.

The hydrostatic dunk test is believed to be one of the most accurate tests. The subject must submerge themselves in water and blow all of the air out of their body—probably not a test you’re going to do on a regular basis.

The Naked 3D Fitness Tracker will use similar technology to hydrostatic dunking in the convenience of your own home. This mirror/scale will allow the user to upload a 3D body scan to their smartphone accurately recording their body fat percentage, measurements, and weight. This supercomputer is available to order now.

When looking to lose fat, it’s up to you to choose what you want to achieve and how you want your body to look. There are a number of tradeoffs when it comes to getting lean, and some more extreme body fat percentage levels aren’t good for your overall health. Whatever you decide, it’s best to know about all the pros and cons before you start.

If you are heading to a comp or looking to lower your body fat percentage levels, check out Instant Knockout, the number one product in our Top 10 Fat Burners for Women.

Top 7 Waist Cinchers To Help You Out, Want to get a Smaller Waist?

Not getting proper time for your Marathon Training ??