For us stacked dudes stateside, Sunday 17 June sounds like just another cheat meal. That’s true bro, but just a heads up. It’s also fathers day. But it doesn’t seem like a week since we picked up that $5 dollar cologne from 7-Eleven. Mom never really did say thanks for that… Anyway, 2018 is the year to get dad jacked son! Maybe he’s still rocking the old Gold Gym stringer to mow the lawn. Reminiscing about the time when he had boulders for shoulders and used to military press your mom for 50. They always say you can’t teach an old dog new tricks. But you can hook him up with some pretty cool sh*t to get Huge Jacked-man sr. back to being swole. Here’s the five best non-suck fathers day gifts for your old man: 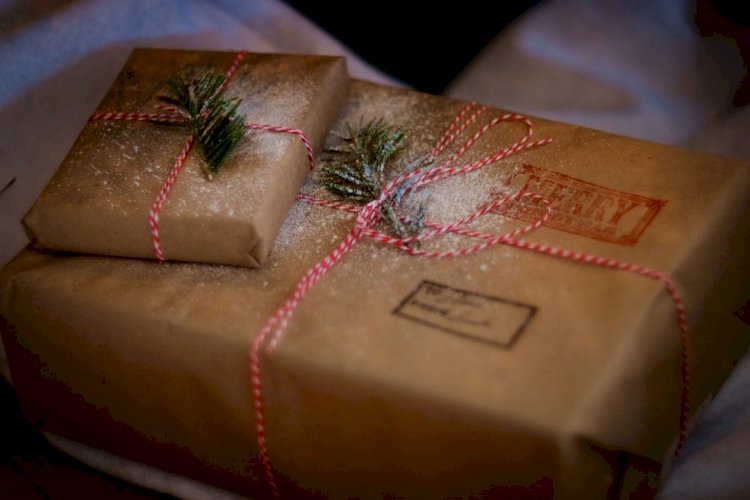 BOSS Prime was originally developed for CEO’s, high-earners and high achievers. But, due to it’s focus on full-body activation and flexibility, it has proven to be a game-changer for all types of men. Simply put, BOSS Prime has something to offer every man your dads age.

Another reason BOSS Prime is perfect for men over 40 is that it actively promotes fat loss, whilst also building lean muscle and boosting testosterone. Three things mom and dad both thank you for we’re sure.

We ain’t saying they’ll ditch the house and buy you a Bugatti. But you might find a case of cold ones chilling in the refrigerator next time you visit. Something we’d happily take over a punch in the nuts any day.

Each BOSS Prime workout has been put together to be completed in 60 minutes or less. This is because research showed less than an hour to be an ideal time for busy businessmen and dedicated dads.

Plus the plan only requires participants to hit the gym three times a week, meaning pops can fit working out into his busy lifestyle without much difficulty.

Throw in an easy to follow optimized nutrition guide and you’ve got the recipe for one happy shredded senior. Unless you’re scared of being shown up by your old man that is.

Someone’s got to break it to him someday. That old stringer pops insists on working out in stopped being cool around the same Lee Haney last won Mr. Olympia. Also, we’re pretty sure it’s got more deadly life-forms existing in it than the entire Star Trek universe and Predator movies rolled into on.

As his son it’s our duty to bring dad into the 21st century with some new tech threads. Starting with the Rhone Sentry Bulldog Tank.

Rhone are an emerging lifestyle brand who specialize in no-stink clothing for the active modern man.

There’s no sleeves on the Sentry Bulldog Tank, so dad can still look badass. But, it’s also made with modern textile technology. Including Gold Fusion fabric, that features microbial treatment to help combat sweat odours.

One of the tank’s best features is its super lightweight design that dries in an instant. Making it really convenient to wash quickly for the very next day. Plus, because it doesn’t hold onto sweat, the Bulldog is more hygienic than a standard cotton t-shirt. Double winning.

For us though, the finishing factor is the pure performance fabric that wicks away sweat during exercise. Keeping pops cool and free from stinking out the iron house. Well, as cool as he can be anyway.

Unfortunately, when us guys pass 30 our natural testosterone levels begin to drop. Bro, breathe, those biceps you’ve been sculpting to monstrous perfection will be fine. Stop crying!

There’s a bunch of scientifically proven things we can do to naturally increase our testosterone. Leading to increased strength, faster muscle growth, more energy and better sexual performance.

Tesofuel is a revolutionary formula that has been rigorously tested and proven to boost testosterone production. Achieved through a golden-ratio of naturally sourced ingredients such as; D-Aspartic Acid, Vitamin D and Oyster Extract (a common aphrodisiac used in various cultures).

Don’t just take our word for it though, Mr. Olympia Master Robby Robinson also swears by it. If you don’t know who he is, your old man definitely will.

Robby Robinson still works out on Venice Beach at 70 years old. Sporting a physique putting guys less than half his age to shame. The 2x Mr World, 4x Mr Universe and 5x Mr Olympia doesn’t swear by much, apart from Testofuel.

One of the best parts choosing this supplement over others is the brands 90 day money back guarantee. Dudes just have to order 90 days worth, and if they don’t see the gains, they’ll be totally covered. Making it pretty much risk free for both pops and your wallet.

Get your dad JACKED

Think about the last time you pulled up to the iron house, only to realise you’ve left your headphones at home. R.I.P. all the sick af playlists we set up to specifically power us through leg day.

We don’t like the same old sh*t they play over the gym sound system and neither does pops! So, save him from the repetitive misery with some pretty sweet wireless headphones. He’ll thank you for ’em whilst blasting some Springsteen and hulking up for a new PB.

If you ain’t going wireless in 2018 then you’re a tangled up sweaty mess. Moving weights + loose cables = 100% pure rage. There’s nothing worse than being snapped out of the zone and back to reality by a puny plastic earbud getting caught mid pec fly.

One of the coolest features of the HELLAS is their ability to handle sweat like a boss. Their moisture controlling headband and cushions can even be detached and washed. Making the HELLAS a hygienic alternative to most standard headphone models.

According to their creators, the HELLAS built in swipe interface makes cycling through playlists and picking up calls a breeze. They look sleak too, with a minimal button-less design and two-tone colour scheme.

But, we’re gonna be real with you here bro. One of the reasons we chose the HELLAS is because they’re cool enough to borrow ourselves. Especially when we left our own headphones in the power rack last night.

(Not real father and son, but close enough)

You ever heard the expression that the best things in life are free?

Yeah, of course, you have. All the best tasting things are free too, but there’s still another three days ’till cheat day!

Anyways, what could be cooler than spotting pops as he stacks his way to a ripping bench press? Nothing we could realistically pay for, that’s what. Mega-yachts are real expensive, bro.

Sometimes in today’s society, we get so busy we forget to make time for each other. So, by hitting the gym with your old man you’ll be showing him you appreciate all he’s done for you.

Plus, he’ll probably want to see if you’re actually lifting more than those tiny Walmart weights he got you for your first set. In his eyes, we’re still his little dude, and ain’t nobody calling us little! We’ll show you, old man!

Finally, you could make the whole experience 10x cooler by pre-planning a session for each other. You know, get a little old school vs new school going on.

You never know, you might even teach the old dog a few new tricks.

Wrapping It All Up

Remember that sinking feeling you get opening another sucky gift that isn’t weights or pre-workout at Christmas? Well Dad’s been feeling since before you were born, bro.

Whether you like it or not, when you entered the world Dad probably had to swap out a lot of dumbell curling for diaper changing.

You kind of owe him the gift that just keeps on giving. Being a super stacked and swole vascular beast, yo!

As bros we know that nothing comes close to working out. Hell, we’d probably work out on our own wedding day if we ever found a chick willing to move into the gym.

So, be a sport and get dad jacked this year. He might even buy you a beer.

The most effective method to get Jacked Naturally

Gym: Do you think going to the gym is a good idea during the Coronavirus...