The Modius Headset is a product created by a team in the USA that is suppose to manipulate your brain into suppressing your appetite. Now as someone who spends about 6 hours a week working out and 168 hours a week watching what I eat, I have to say I’m a little against this sort of thing. There are no shortcuts. As the old overused and cliched saying goes, there is no elevator to success. 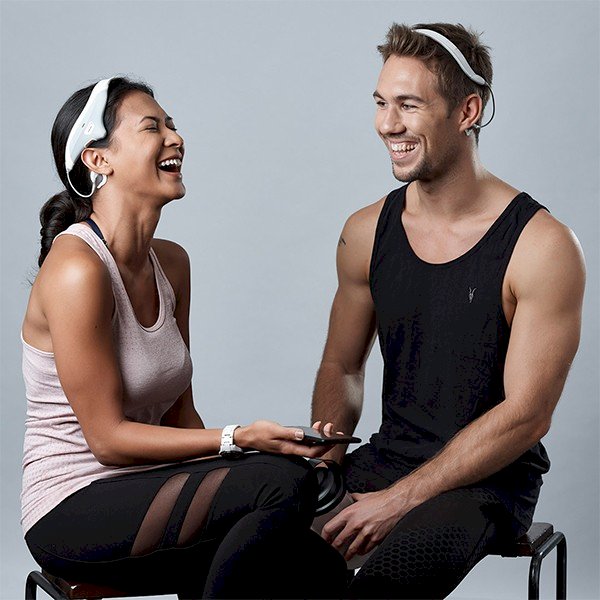 What is the Modius Headset?

As a project, I’m sure the Modius headset will do what they say it does and work. At least for some people.

After raising $50,000 through crowdfunding in a single day, this plastic crown specifically targets the vestibular nerve.

By stimulating this part of your brain (a nerve which runs into the brain from behind your ear) with low power electrical pulses, it will start to think you are being active.

This, similar to actually being active (I’m not at all bitter), tells your body to store less fat as it will need energy.

A 16 week study on users found that just 45 minutes per day of vestibular stimulation through the Modius can achieve fat loss of anywhere between 2% and 16%.

Strangely we don’t know who these users are, but we do know their exercise and diet regimen stayed the same throughout this entire trial period.

Scientific studies have a way of being manipulated, and so I’m still pretty cynical about the tests with the Modius Headset.

Whilst 16% reduction in central body fat is a huge amount, it could’ve been achieved through heavy diet and exercise, with the Modius serving as a slight bit of support.

Modius Headset Vs Exercise and Nutrition

Strapping a bit of plastic to my head in the hopes of gradually revealing a six pack sounds as bad as trying to watch TV whilst getting electric shocks delivered by a belt I paid $200 for.

Weight loss belts were initially backed by this revolutionary science and heralded as the next big thing.

People must’ve realized this was a slow process and one that was expensive.

Forgive me for being so negative about this whole Star Trek weight loss headset, but what happened to burning fat through nutrition and exercise? We can completely understand the need for something like this for people who have mobility issues or other problems with their health, but as a consumer product, and something to help people get out of the gym, it’s ridiculous.

Revealing six pack abs is the byproduct of a healthy lifestyle (for the most part), one that entails clean eating and activity.

By allowing people to cut that out with a $349 piece of equipment you are doing more long term harm than good.

Sure you are helping people lose some fat and increase confidence, which I’m all for, but where is the cardiovascular benefits of exercise? Or the increased uptake of nutrients into their bodies through proper nutrition?

It probably won’t be there.

As for most people, the Modius Headset doesn’t represent a way to eliminate stubborn fat that exercise won’t. It represents another ridiculous shortcut around exercise, in the hopes of sitting watching TV whilst still getting that beach body.