The dreaded plateau. Anyone who has been in the fitness game long enough will most likely encounter one at some point. The scenario typically goes like this. You’ve been consistently working out for several months, eating better, feeling great overall, and excited that you’re leaning out — everything is working! 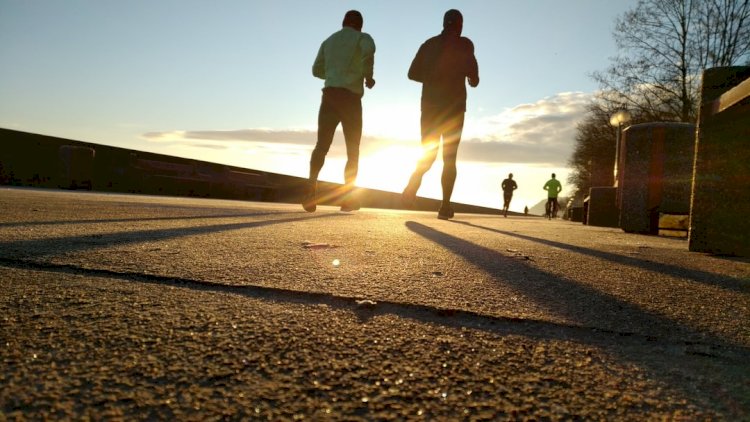 Then suddenly it’s as if the magic abruptly stops. What gives? Unfortunately, the human body continually seeks a homeostatic state — making it resistant to consistent change. The truth is, your body would prefer things to remain status quo and is very smart when adapting to exercise and dietary changes. This can create a great deal of frustration, especially when it comes to fat loss. And essentially, it becomes a chess match against yourself. Fortunately, there are numerous ways to troubleshoot if you find yourself in this situation. Typically there are three potential areas that need to be addressed, nutrition, exercise, or recovery.

As contradictory as it sounds, you may not be eating enough. In general, we need a caloric deficit in order to lose weight, meaning you are burning more calories than you are taking in. And while a reduction in calorie intake works in the beginning, eventually your metabolism will begin to slow down. This is because the body’s survival mechanism kicks in. The body begins to sense a lack of control and the possibility that it is being starved. When this happens our thyroid begins to produce less calorie-burning hormones and our progress stops.

A trick that can be used to avoid this is “caloric cycling.” Rather than continuing to take in the same amount of calories each day, cycle in a higher calorie day one to two times per week. For example, if you have been consuming 1500 calories per day, you would bump your calorie intake up to 2000 calories after three consecutive low days. This signals to your body that you are not going to starve and there is no need for survival mode. Also, make sure you are getting good quality, nutrition-dense food every day as well. This will allow our bodies to adequately refuel from our workouts, rebuild muscle, and help maintain high amounts of energy.

Under training: It’s easy to get lulled into the same routine. If you find yourself doing the same strength and cardio exercises at the same intensities each week, then this is simply a case of adaptation setting in. Getting out of your comfort zone is key. You can do this by either increasing the number of reps or the amount of weight you are lifting during strength training sessions. If your cardio sessions have been at the same intensity up to this point, try mixing in some interval training one to two times per week.

Overtraining: On the flip side there is such a thing as trying to do too much. When results come to a screeching halt, the natural instinct is to think …”Well I just need to do more!” All of a sudden you are doing everything under the sun. Tabata, weights, running, kickboxing, Zumba, workout videos, anything, and everything.

Slow down! Too much of a good thing can be exactly just that. Working out too hard for too long can overload the hormonal system, create chronic inflammation, and increases the production of cortisol which makes us more likely to hold on to fat stores.

Rather than adding more exercise, give your body a much-needed break by taking one to two weeks off from structured exercise by replacing it with some light recreational activity instead. Sometimes just giving our body a moment to breath is all it needs to reboot to the updated and improved version of yourself.

Unloading: Recovery is the Yin to the Yang of exercise. As previously stated, sometimes it’s a matter of giving the body a chance to adapt to the training demands being placed upon it.

At a minimum you should “unload” with a lighter workout week every four to six weeks of training. It’s during this period that our body finally gets a chance to play catch up and physically adapt to workouts. You can unload by cutting your workout times in half, decreasing your intensity, or simply just participating in recreational activity.

Sleep: Sleep has been said to be the “athlete’s steroid.” The National Sleep Foundation recommends at least seven to eight hours a night. It is during this time that we produce human growth hormone. HGH is important in tissue repair, healing, muscle growth, brain function, bone strength, energy, endurance and metabolism. Additional benefits include improved cognitive function, increased reaction time, and better immune system function. There isn’t really any downside to getting adequate sleep and it’s a critical part of continuing to get results from training and feeling.

How Intermittent Fasting Can Impact Your Mind, According to Experts

17 Extremely Tasty, Satisfying High-Protein Snacks for When You’re On...