Save your joints, bro. You’re going to need them for hitting bar bending big lifts and adding gargantuan girth to your biceps. So instead of pounding the pavement try these exercises to lose weight. Pulling, pushing and lifting heavy loads every day takes its toll. Every single move we make a dint into the lifespan our joints. So it makes perfect sense to save them for where it truly matters. Nah, not running away from ferocious land-based mammals like hungry lions or angry ex-girlfriends. F*ck that noise! What we’re really talking about is time spent in the iron house, baby! Getting the job done with all the other alpha-dogs and dominating one vein-popping deadlift at a time. Trashing our joints jogging or doing some other dumb high impact sh*t just doesn’t make sense. Even if you’re looking to lose weight, there are other things, better things in fact, that you can do. 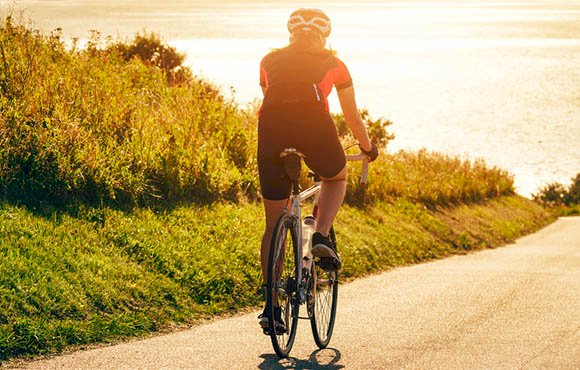 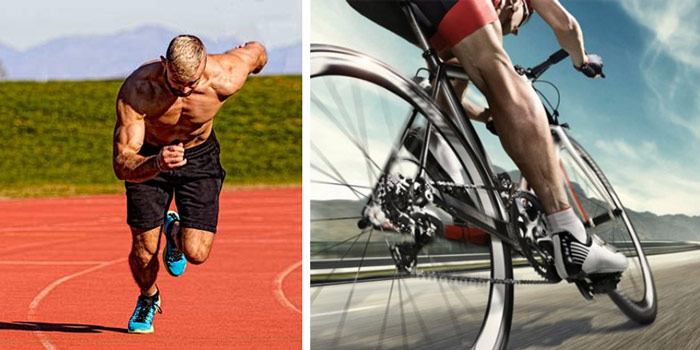 All this high impact and low impact, isn’t it just exercise at the end of the day? Well, yes and no, bro. There’s actually a clear difference.

Whilst both can definitely get the blood pumping, it’s more about how much impact stress we put our bodies under.

Now that might not always mean MMA-style takedown collisions or even a hard shift in the bedroom – more like anything with striking and jolting involved. Think running, jogging, jumping, fighting, football or being drunk inside a crazy mosh pit.

Did you know that running alone can cause impacts measuring a force of 2.5x our own body weight? Studies even suggest it could be setting us up for overuse injuries later in life, which sucks.

Because everyone knows b*tches love biceps skinny boy, now move along before we eat you alive. Your girlfriend already made us breakfast this morning but we could fit in a dessert

Actual evidence of “curls for the girls”

That’s why you need to look after those joints so they can do the same in return.

By not wiping them out with ridiculous junk like downhill skiing and parkour you can put them to good use in the gym.

Check yourself before you wreck yourself. Cut the fat and feel good whilst doing so, by hitting these low impact alternatives instead… 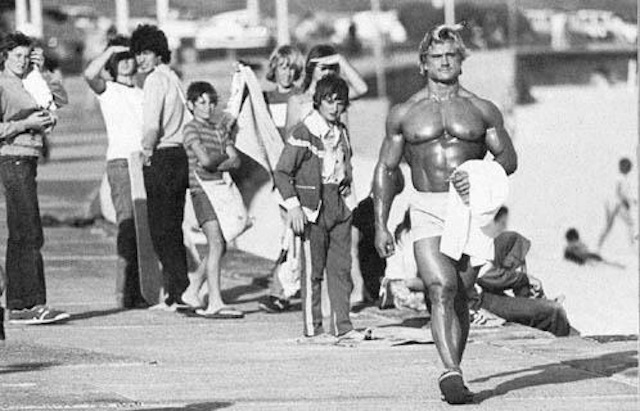 Bro, there’s a reason you don’t see IFBB pros down your local track or signing up for the Boston Marathon. That’s because running around when you’re a colossal muscle-bound mammoth of a man is a bad idea.

With all that weight strapped onto our bodies in the form of lean AF mass, our joints have a lot to handle. Whereas your stereotypical runner probably weighs the same as an empty bag of potato chips floating on the moon, we do well not to crush the concrete sidewalk.

So you’re a larger than life character, right? Got more slabs of beefcake going spare than a butchers birthday party in a town full of vegetarians? Well, time to get walking homeboy.

It’s been tried and tested to burn through calories aerobically and is super safe on the joints. This stuff is officially endorsed by big boys globally, just like the legendary Mr Legs.

If you’re not one for tackling the treadmill incorporate walking into your everyday lifestyle. Take the stairs, bro, fire up them glutes. Maybe skip out on the uber once in a while, too. Just try not to stop off for a snack if you pass KFC. 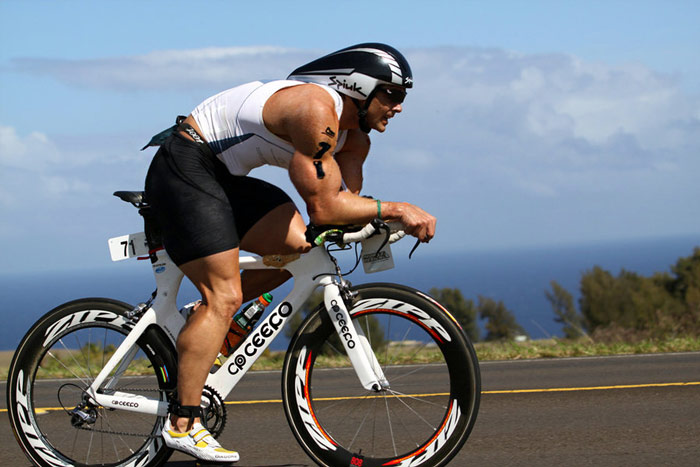 Now, you don’t have to wear spandex. Well not unless you want to, bro. If so just make sure there’s a bald eagle somewhere on that sh*t because ‘murica.

Cycling is an awesome way to get going at those calories. Your feet never even have to touch the floor and impact is as low as it comes. Unless you’re planning on downhill racing which we do not recommend.

One of the biggest benefits of cycling is that it may translate well into the weight room. Because the ankle, knee and hip experience more flexion than running, it can boost performance in lower body moves like the squat.

Not only that, but you’ve got an element of resistance training in there too. Check out an Olympic track cyclists quads and tell us you don’t feel wheel envy. Forget the spindly $12,000 bike, it’s all about them impressive pistons!

To get the most fat-burning qualities from your cycling try sprints. Clip-in and spin those pedals like a chopper blade for 10 seconds, then rest and relax for 50. Do this 10 times in total and you’ve got a safe and effective fat burning workout. 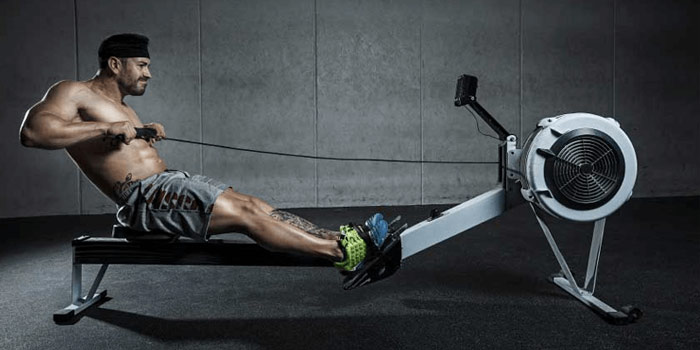 We’d call it cardio, but rowing aficionados will call it a lower-body workout. For us dudes who chow down 400lb squats for dinner, we think that’s a stretch, but they’re sort of right.

Although most fitness folk would say, the row machine is a cardio machine, that’s not 100% true. Whilst you will get a great aerobic-based burn going there is an element of resistance involved.

Pulling the handle to set the mechanism inside spinning hits the shoulders, rhomboids, traps, and lats. So in effect, you’re able to show the upper body some love.

Not only that but as we’ve just mentioned, the pushing aspect works the legs. It’s the quads that will get the most benefits. But there’s still activation in the calves and glutes, which is never a bad thing.

Again, if you’re after the biggest burn, throw a Tabata in there. Try a 30:30/work: rest split for a total of 4 minutes to end your workout.

If that doesn’t get you shredded like a chicken-filled pinata tossed into a tiger cage, nothing will. Just remember to save energy for the journey home if you’re planning on rowing in open water. Not that we’ve ever forgotten to do that… 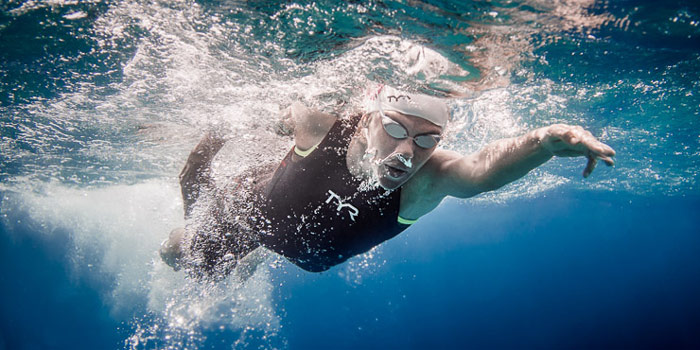 Swimming is an anomaly in this list because it is technically considered a no-impact sport. We would have placed it at the top spot but it’s not as accessible as strolling unless of course, you’re a shark or beach bum.

When it comes to fat loss swimming done at a moderate to high intensity is right up there. It is a full-body multi-joint exercise, meaning you’ve got to move multiple things at once to stay afloat.

You’ll quite literally have to call upon all your muscles to stop you sinking. So it should go without saying you’ll burn a decent amount of energy from those fat stores.

Also, the resistance of the water helps to maintain and build muscle. The front crawl smashes the chest, lats, remaining back, and core for example. Whilst a butterfly stroke will blitz the shoulders on top all that too.

Unfortunately, though, dive-bombing off the top board won’t work too well. Dang.

As much as it’s fun to almost drown betas with big-ass bro-waves caused by your huge frame, you won’t burn that much fat. Swim laps consistently instead and push the pace for 15-20 minutes at a time. 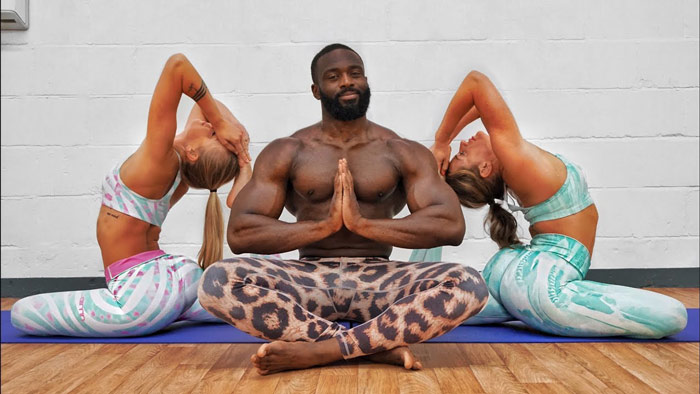 We heard you let out a little laugh there. Why so ignorant towards a spot of downward dog? Scared that tiny chick with the amazing ass in front of you can hold a crow-pose longer than you? You’re supposed to be the embodiment of strong. Don’t let the side down now.

Embrace the low-impact challenge and channel your inner rubber band, bro. Yoga won’t mess you up like a Mount Everest box jump challenge. In fact, it can do the complete opposite.

If you’re into lifting iron (which you should be) then yoga might help you push your numbers. Spending time in different yoga poses has been proven to increase mobility and consequently ROM.

ROM (Range of Motion) plays a big part in how much time under tension we can inflict on a muscle. By increasing it, we can move our joints more, have more room for the muscle to travel, and thus increase TUT.

Simply put – there’s extra gains to be pillaged my warrior friend. So whilst you might not be burning calories as rapidly as other exercises, you’ll be looking after your body.

Yep, that means more lifting for your stacked as a mothaf*cker future self. Just maybe lay off wearing the spandex in public, okay? Nobody needs to see that whilst shopping for groceries.

If you’ve not already figured we’re pretty much behind this whole low impact thing. We truly believe it’s a much safer and effective way to workout for weight loss.

The reduced risk of injury, less abrasion on the joints, and lower amount of damage over time is what sells it. Why would you want to wipe out the very physiological structures we need to work out? That’d be some real basic sh*t.

Because at the end of the day, dynamic movements are better for initiating muscle growth than purely isometric holds. Not only that, but when we move in a multi-jointed way we typically burn more calories.

The energy in < energy out weight loss equation

Just remember that when it comes to losing weight we need to enter a calorie deficit. Simply put, the calories we take in must be lower than the energy going out.

Choose less calorific foods with a high nutrient profile to help you dip under your maintenance threshold. Premium fat burners like Instant Knockout can also be a huge help to move stubborn non-lean mass and get ripped quicker. So check them out for sure.

So long as you’re safely within this deficit you will be able to lose weight healthily, bro. Listen to your body and don’t be too aggressive. Fat loss and overall weight reduction need to be a long game if it’s going to be sustainable. Make it a lifestyle, not a flash in the pan sprint.

What Is Testosterone & What Does It Do? All You Need to Know

15 Best Bicep-Building Exercises you need to know about