The 5 Best Appetite Suppressants According to Science

A key player in so many weight loss products is often an appetite suppressant. 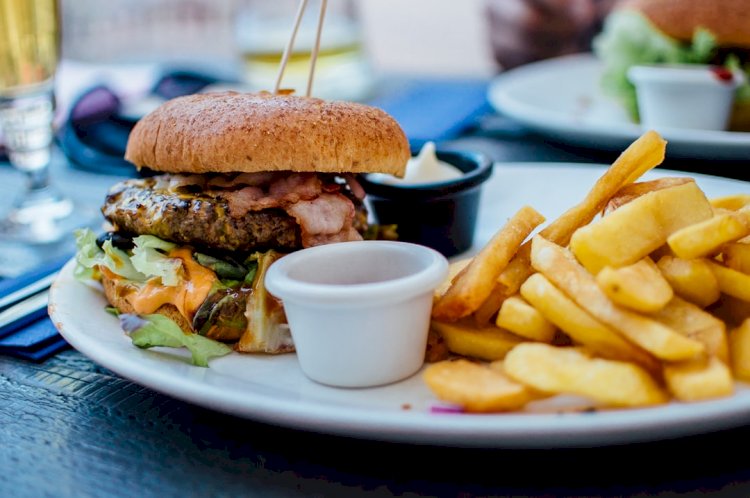 These ingredients are added to help play a part in the fat loss process by suppressing appetite. This can help to limit calorie intake by combatting hunger, reducing the likelihood of snacking and reducing portion sizes.

There are natural appetite suppressants, taken from plants and herbs, that can be safely consumed and could help you take more control over your food intake.

We look at the scientific evidence surrounding each of these ingredients to bring you the most reliable, best natural appetite suppressants.

Also commonly known as konjac root, this is a soluble fiber that has been shown to offer some impressive appetite suppressing benefits. In several scientific trials, these attributes have also been linked to weight loss.

This is one of the most highly researched and well-known natural appetite suppressants available.

How does it work? When it hits your stomach, glucomannan absorbs water and expands into a gel-like substance. This slows the stomach emptying processes, creating a feeling of fullness [1]. As a result, glucomannan helps to reduce food intake and therefore assists with weight loss.

There are several studies supporting the weight loss effects of glucomannan [2][3].

During a double-blind trial of glucomannan, 83 overweight participants took either the appetite suppressant or a placebo. Those who took 3g of the soluble fiber a day showed significant reductions in totally weight and percentage body fat when compared to the placebo [4].

In a randomized trial of 176 overweight people, participants were either given a glucomannan supplement or a placebo. Once again, those who took the soluble fiber were shown to experience much more significant weight loss in comparison [3].

As well as offering appetite suppressing qualities, glucomannan has also been shown to promote good bacteria in the gut, making for a healthier body [5].

This comes from a fruit called Garcinia gummi-gutta, and possesses a number of weight loss qualities.

One of which is as an appetite suppressant.

How does it work? It is suspected that garcinia cambogia increases serotonin levels in the brain [6]. Higher levels of serotonin have been linked to suppressed appetite, control over food intake and satiety [7].

In a human study of 90 obese subjects, scientists found that garcinia cambogia successfully helped to reduce appetite, block the production of fat and decrease overall bodyweight [8].

However, in other studies it’s been reported that no real difference in appetite suppression took place when comparing garcinia cambogia with a placebo [9].

Despite the fact there’s contradictory evidence about appetite suppression, this is also well loved in the fat burner community. It’s been shown to reduce belly fat in overweight people [10] and is strongly linked to a reduction in a lot of weight-related diseases [11].

This is the worlds most widely consumed stimulants in the world. It’s in some of the most popular drinks the majority of us enjoy on a daily basis – but it can also have an impact of appetite suppression and weight management.

How does it work? When consumed between 0.5 and 4 hours before eating, caffeine has been shown to reduce energy intake during that meal [12].

The appetite suppressing qualities of caffeine have been shown to have most effect when taken close to mealtimes [12].

It’s also been shown that those who drink coffee are likely to eat less during the following meal and throughout the course of the day, compared to those who don’t [13].

To complement the appetite-suppressing elements of this stimulant, caffeine has been shown to positively impact fat burning, and can boost metabolism by up to 11% [14].

As a thermogenic ingredient and a regular in so many fat burner supplements, green tea extract is well known and widely celebrated in the industry.

It may surprise you to find out that green tea extract can also have natural appetite suppressant qualities.

How does it work? Green tea contains caffeine, which has been shown to possess appetite suppressing abilities [12]. Plus, when combined with other ingredients, green tea can play a part in reducing hunger and energy intake [15].

Green tea has been shown to have a positive influence overweight loss in a number of different studies [16].

The combination of appetite suppressing caffeine, and the thermogenic catechins (EGCG’s) has been shown to positively influence weight loss [17].

ECGC’s alone have been shown to boost metabolism whilst also reducing fat levels [18].

This is an herb from the legume family, however, it’s the seeds that are most commonly used in cooking and even supplementation.

Fenugreek has been shown to offer a range of health benefits, which are related to weight loss and general health. For example, it’s been shown to have a positive influence on blood sugar levels, cholesterol and, helping to control appetite [19][20].

How does it work? Fenugreek gets its many health benefitting properties from its high fiber content. In particular, it contains a water-soluble fiber called galactomannan [21]. This expands when it comes into contact with water in the stomach, slowing the emptying processes, and ensuring you fuller for longer.

In a study of 18 participants, 8 grams of fiber taken from fenugreek was shown to reduce appetite more than others who were taking 4 grams. It was also noted that these people felt fuller and ate less at mealtimes [19].

The fiber has been shown to have a direct effect on fat and calorie intake. One study found that supplementing with fenugreek reduced fat intake by 17% and lowered calorie consumption by 12% [22].

To add to the health benefits of this natural ingredient, a largescale review of 12 individual trials found that supplementing with fenugreek consistently helped to lower both blood sugar levels and cholesterol [23].

These natural appetite suppressants can conveniently be added to your diet.

You can find the majority of them easily at your local food store, or in many fat burner supplements.

If you’re struggling to control portion sizes or find yourself snacking unnecessarily, check out these naturally effective options.

Why You Should Get More Sleep This Year