You Should Know This Before Taking Prescription Painkillers

Last year alone, more than 59 million prescriptions for painkillers were written, enough for every person in America to have their very own bottle, and 2 million people are addicted to them, according to the 2016 report 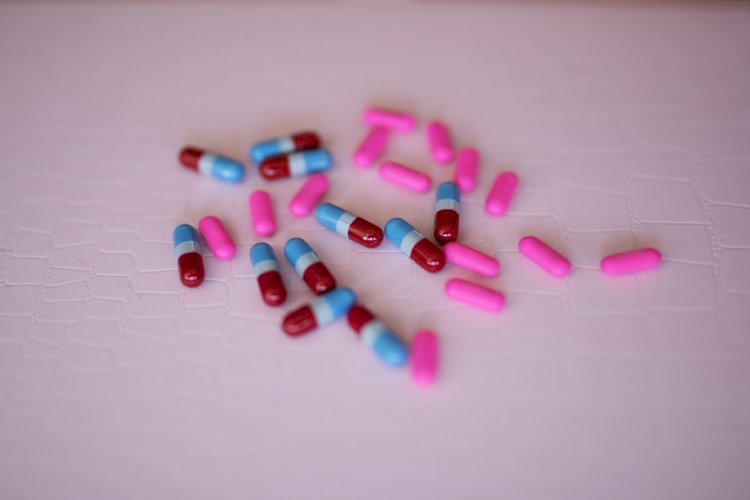 on opioid addition from the American Society of Addiction Medicine (ASAM). Accidental drug overdoses are the leading cause of accidental death, and prescription pain relievers account for nearly half of those, the report also stated. But despite all these scary stats, getting a legal prescription for opioids doesn't mean an automatic trip to rehab is in your future. When used in the right way, they can be an important part of pain management.

That doesn't mean it's simple, though, especially for women. Due to unique societal and biological factors, women are often put into a more vulnerable position with painkillers than men are, explains Erin Goodhart, L.P.C., C.A.A.D.C., A.C.R.P.S., an addiction specialist and director of women's services at Caron Treatment Centers. Women's hormones make them more susceptible to the effects of painkillers than men are. Plus, women are more likely to abuse prescription drugs for controlling weight, fighting exhaustion, coping with pain, and self-treating mental health problems, according to the latest stats from the National Institutes of Health. And this affects more women than you might think-15.8 million women admitted to abusing drugs in the past year, with 4.6 million saying they abused prescription medications. Every three minutes a woman in the U.S. goes to the emergency room for prescription painkiller misuse or abuse.

So how do you make sure you're being smart about the way you're using these powerful drugs? Here are seven things you need to know about women and prescription painkillers.

Women are more likely to become addicted to painkillers.

Women and painkillers are a perfect storm, thanks to several factors unique to our bodies and situations: First, women feel pain more intensely, as we have more nerve receptors than men do, according to a study done by the American Society of Plastic Surgeons. Next, women are more likely to talk about that pain with health care providers and to be more proactive about wanting to manage stress, anxiety, and pain, Goodhart says. Doctors often treat those concerns with a prescription pad first. Women are more likely to be prescribed painkillers than men are when presenting with the same symptoms, according to the ASAM report.

Another problem is that doctors often forget that women aren't biologically the same as men. Despite the fact that women are generally smaller and more sensitive to the effects of pain medications, doctors prescribe women painkillers in higher doses and for longer periods of time than they do for men, according to a study done by the Centers for Disease Control. To add to the issue, women become biologically and psychologically dependent on painkillers in shorter periods of time and on smaller doses than men do, the ASAM report added. "You should be very wary of a doctor who uses opioid drugs as the first solution to pain," Goodhart cautions.

Painkillers can be a gateway drug to heroin addiction.

Four out of every five women addicted to heroin say they started with prescription opioid painkillers, according to the ASAM. This office-to-street pipeline has helped feed what the CDC now calls a full-blown "epidemic" of addiction to narcotics-both legal and illegal. Note this doesn't mean that every woman who takes her prescription Percocet after childbirth or OxyContin after an injury will end up a heroin junkie, Goodhart says. But it does show a need for greater vigilance and awareness of the connection. (More: How Taking Painkillers for My Basketball Injury Spiraled Into a Heroin Addiction)

Even if you're taking prescription painkillers exactly as directed you can still develop a dependence on them, meaning that when you go off them-whether because your prescription ran out or because you just want to stop them-you may experience withdrawal effects. "At the low end it feels like you have the flu with exhaustion, nausea, body aches, and even a fever," Goodhart explains. But the longer you're on the medication, the more severe your body's reaction will be when you go off, including vomiting, diarrhea, insomnia, and extreme pain, she adds. Instead of stopping cold turkey, make a plan with your doctor to taper off the meds.

Look for a doctor who specializes in long-term pain management.

If you have a health issue that results in chronic pain, it's worth your time to find a doctor who specializes in pain management rather than just relying on a general practitioner, Goodhart says. If you can't find one in your area, make sure you're asking lots of questions about your treatment plan and that you feel satisfied with your doctor's answers before you accept the prescription, she adds.

You have other options for pain management.

"At our treatment centers we use a wide variety of non-drug options to help women deal with pain without side effects," Goodhart says. "What works best for those with chronic pain is to be involved in a comprehensive program that includes psychiatric, psychological, medical, alternative pain treatments and spiritual care." Things like meditation, massage, talk therapy, yoga, acupuncture, physical therapy, and exercise can all help lessen your perception of pain while also helping you deal with the source of the pain. You can use these methods alone or in conjunction with medication and there are a number of non-addictive medications that can be used to manage pain, Goodhart says. And, she adds, never underestimate the ability of the mind to project mental pain into physical pain. "Unresolved or unrecognized trauma, grief, and loss or other emotional pain can come out through physical pain," she says. "That's why it is important for those with chronic pain to have a psychiatric evaluation, therapy, and engage in alternative treatment options."

There's no way to predict who will abuse or become addicted to painkillers, Goodhart says. However, there are some traits that can increase your risk. "Having painkillers introduced to the body at a young age when the brain is still developing places them at a higher risk for potential substance use disorders. Or if there is a family history of substance use, there may be a genetic predisposition to develop a substance use disorder," she says.

Some pain is good.

There's one last critical key to understanding the perfect storm that surrounds women and painkillers, Goodhart says. "Not all pain is bad-sometimes pain is telling us something important about ourselves," she says. We've been conditioned to think that pain is automatically a problem when really we should see it as information. "Often people start using opiates in an effort to manage pain associated with injury or stress on the body. Then people realize the opiates can be used to cope with the pain of stress and pressure of everyday living. They begin to enjoy the pleasurable feelings produced by painkillers, as these medications simultaneously address physical pain and emotional pain," she explains. But masking the pain with drugs, alcohol, sex, gambling, or another addiction doesn't get at the root of what's causing the pain and will likely compound the pain by adding new problems.

You Should Have a Small Snack After Every Workout

When Will a COVID-19 Vaccine Be Available — and Who Will Get It First?

Why You Should Stop Wasting Your Time With New Year's Resolutions

The #1 Breakfast, Dietitians Want You to Eat More Often