Green Tea Fat Burning – What Can it Do?

One of the most popular supplements. In recent years it has cemented itself as a firm favorite for fitness fanatics and health fiends all over the world. But what does green tea really do? We’ve got the answers. 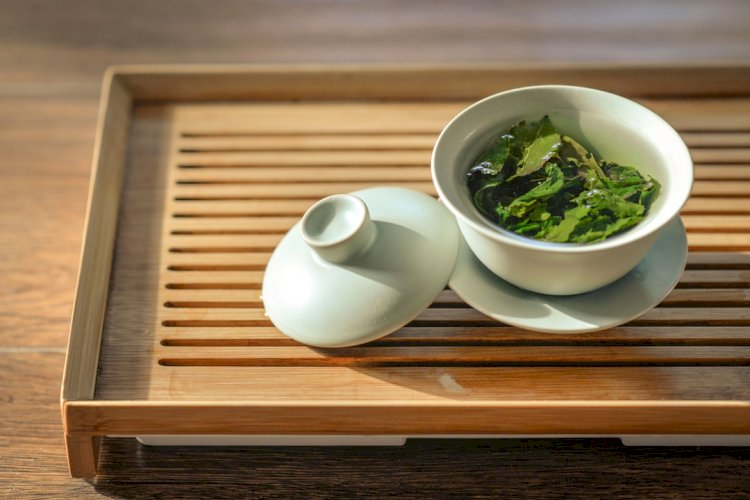 Green tea and fat burning supplements come hand in hand these days. It’s rare you see a high-quality natural weight loss product without a hearty helping of green tea in the mix.

Initially recognized as a healthy drink due to its antioxidant properties, scientific research has now shown us time and time again that green tea also plays an instrumental role in helping with fat loss.

Since then, bodybuilders and those looking to lose a few pounds have started supplementing their diet with it. But we want to know exactly what green tea does.

In this article, we’ll show you exactly why green tea fat burning is so effective and why it’s become a staple of every good natural weight loss supplement. Science has discovered that there are bioactive compounds within green tea that are proven to increase metabolism.

And when your metabolism is raised, your body burns through more calories than it normally would. Perfect if you’re planning to lose fat.

For example, caffeine and EGCG catechins have both been shown to have a positive impact on metabolism.

Although it contains far less caffeine than a standard cup of coffee, the stimulant still has a mild effect as a thermogenic. This means it heats up your body, so you work harder to bring your overall heat down, which is shown to burn more calories.

The EGCG is also known to have an effect on the metabolism through thermogenesis, and several studies support the fact it’s known to increase the number of calories you burn.

As it contains both a small amount of caffeine and a rich helping of EGCG, it can really help to boost your calorie burn. On average, most studies find it increases metabolism by 3-4%[1]

That might not sound like a lot, but that’s around 60-80 extra calories gone a day if you normally expend 2,000 a day. Gotta love that math.

EGCG has been shown to inhibit an enzyme that breaks down a hormone called norepinephrine [2]. This is important, as norepinephrine has a number of fat burner properties.

Without the enzymes to break it down, it increases the amount of norepinephrine you have in your system and gives the hormone more of a chance to melt away fat cells.

What’s more, it means your body is more likely to break down fat for energy[3], perfect if you’re slaying a fat-burning HIIT workout.

As it encourages your body to focus in on fat for energy, you’re more likely to turn to those fat stores when you’re working out too.

A recent study found that, when exercising, men who supplemented their diets with green tea, fat burning was higher by 17% compared to those who did not take it [4].

Essentially, by consuming green tea, your body is primed to burn fat in a much more efficient way. This is then heightened by exercise, so you can rest assured your workouts are helping you melt away fat stores.

While green tea can help you lose weight, it offers the wider health benefit of targeting in on the right kind of fat.

Subcutaneous fat is found right under the skin and is generally not dangerous to your health unless you have excessive amounts. Conversely, visceral abdominal fat sits ‘unseen’ around your organs. It’s visceral fats that are the most dangerous and is commonly linked to heart disease and type 2 diabetes.

Weight loss studies have identified that when weight is lost with green tea in the system, a significant percentage of it is actually the harmful visceral fat [5]. We know that the catechins in green tea can help to get your metabolism working hard and burning through more calories.

Science has also shown that, by combining these catechins, your metabolism is boosted even further, adding to the overall fat burning effect of green tea[6].

While this is an excellent way to get your metabolism high, beware of supplements that over-dose their stacks with caffeine. These can cause some side effects including jitters and dehydration, so be careful.

Although drinking green tea is always a good idea, its not the most practical way to get the most out of the compounds within it. That’s a whole lot of tea girl, and it also has diuretic properties, which could lead to dehydration if you have too many cups.

A scientific study showed that those who took it as a green tea extract in a supplement form actually benefitted from heightened absorption rates [7]. So not only is it easier to take, you’ll feel the benefits more too.

You can take it as a singular supplement, however, by combining it with other ingredients in a fat burner stack, you can also benefit from a range of other elements that will help you lose weight.

By doing this, you can pair it with caffeine which, as we’ve mentioned, has a big impact on your metabolic rate.

Some green tea fat burners also contain a number of appetite suppressants that will help you control your calorie intake, and therefore give your diet and the catechins a better chance of working.

If you’re looking for a boost to your fat loss journey, a high quality, a well-researched natural fat burner is more convenient, and many intelligent formulas are now designed with green tea as a key ingredient.

Green tea and fat burning are intrinsically linked. If you want to give your fat loss journey a boost, the science is all there, girl. Simply by supplementing your diet with this smart ingredient, you can benefit from heightening weight loss rates, antioxidizing properties and turn your body into a fat-burning machine.

Explore more convenient methods of getting the ingredient into your diet. Whether it’s an extract or a full-stack, to make the most of the green tea fat-burning benefits, without drinking liters of the stuff.

The key takeaway point here is that, when paired with a reduced-calorie diet and an active lifestyle, green tea supplementation can have a real impact on your fat loss journey. That’s why it’s so popular in the fat burner industry.

5 Fat Burner Side Effects (and How to Avoid Them)

9 Exercises to Include in Your Muscle-Building Back Workout

What Is Testosterone & What Does It Do? All You Need to Know