‘Why am I not losing weight?’ It’s a cry for help we hear all too often. Dude, there’s nothing worse than smashing the gym day-in, day-out and trying to eat clean only to wake up with the same belly fat and bitch tits each morning. That shit’s just becoming unmotivated as hell. And there’s nothing wrong with pouring your heart and soul into a diet and not getting the jacked physique and shredded abs you’re after. But now it’s time to change the game with these 4 reasons you’re not losing weight. 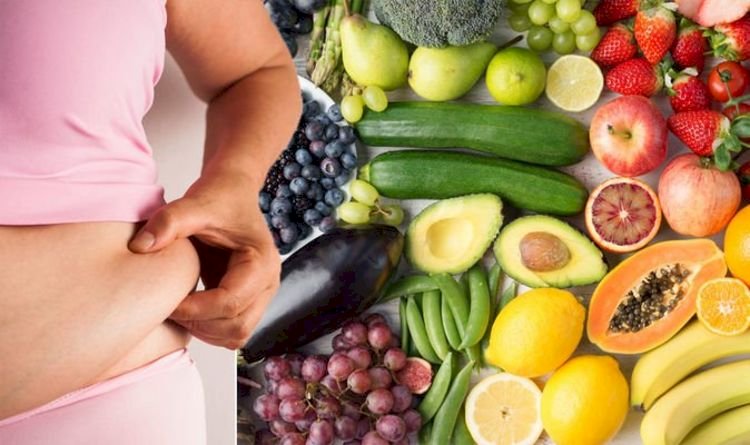 Reasons Why You’re Not Losing Weight

Trying to lose weight but not succeeding sucks giant ass.

You’ve spent hours upon hours of time in the gym, training as hard as you think possible. And if you have to chug down one more kale smoothie you’ll probably kill a man.

Maybe at first, the fat started to melt off. It didn’t take that much to lose a few pounds and feel better about yourself.

But as time went on you noticed that your weight loss journey slammed on the handbrake and you’ve been grinding the accelerator ever since… but going nowhere fast.

But we’ve got the answer. And with these tips, you’ll be melting body fat once more and carving out a physique that’ll be show ready in no time at all.

This is the fat loss cure…

Reason #1: You’re Eating Too Much

Sorry bro, but you can’t run away from this one (well, you could but you’d have to run pretty far fat ass).

Calories make or break a fat loss diet. You can’t argue with them, you can’t fight them and you can’t avoid them.

Over millions of years, we’ve evolved the ability to store excess energy in case we ever need it. When we eat food, we extract the energy inside it and use it to fuel our cells – any leftover gets stored as fat.

The problem is that we’re no longer on the Savannah, fighting Sabre-toothed tigers and shit for our meals. Instead, we’re becoming beta-male hipsters who can just pop over to the local organic deli for a flat white and gluten free sub with a cauliflower rice side dish infused with white truffle oil.

We can get food anywhere and at any time of day… Overeating is just so easy in modern life.

If your body burns more energy in a day than it burns off (what’s called an energy deficit) you trigger your fat cells to release some of their stored energy to make up the difference.

Without an energy deficit, you’ll not lose fat

Chances are you hated math in school.

But the unfortunate reality is that fat loss is a basic math problem. Make sure you take in less energy from food than you burn off through physical activity.

Get that sum correct and the fat will fall off you faster than a bad meal falls out of your ass the next day.

You can’t escape energy balance. And it’s the number one reasons why you’re not losing weight.

You can calculate your perfect calorie intake using a calorie calculator. These work on pre-determined formulas that aren’t bulletproof, but give you a reliable idea of exactly how many calories you should be eating to trigger those fat cells.

What’s the fix? Track your calories. It’ll open your eyes to the fact you’re eating too much.

Spending hours and hours on the treadmill? Worried that the slight pinking of your cheeks during those super-intense recumbent bike workouts are too much?

No, bro. Truth is you haven’t even started to train hard enough.

The cure for fat loss in the gym is strength training. And while it doesn’t burn a load of calories itself, the adaptations to your body it causes will help to smash fat in its ugly little face.

Forget all of this ‘weight training boosts your metabolism’ stuff. While muscle mass itself is a prime contributor to metabolic rate, lifting weights actually doesn’t make that much of a difference.

Getting deep in the trenches of the iron house is that strength training during a weight cut will:

So how do you use strength training for optimal weight loss?

This isn’t the time for fancy stuff. Stick to 3-4 full-body workouts each week, using large muscle group exercises such as presses, pulls, squats and deadlifts.

Don’t worry about timing your rest periods and shoot for 2-4 sets of a load that’s challenging for anywhere between 6-15 reps.

Use principles of progressive overload and if you’re feeling fruity you can throw in some metabolically-demanding workout protocols to up the calorie burn.

What’s the fix? Use full-body workouts to supercharge your strength and functional ability. Lifting weights preserves muscle mass when calories are low.

Reason #3: You Think The Gym Is Enough

Hitting the gym for a tough grind of a workout might feel like you’ve hit a quadruple-figure calorie burn.

But the truth is that exercise isn’t that much of an efficient calorie burner. Even a solid hour in the gym will likely only contribute to around 15% of your daily total energy expenditure.

So how do you up your daily energy burn.

One of the most adaptable elements of calorie burning is called non-exercise activity thermogenesis. It’s aptly called ‘NEAT’ for short… and it’s is pretty darn neat, to be honest.

Research on NEAT shows that constantly moving burns a huge number of calories each day. And while fidgeting, tapping, walking and f*cking might not burn that much energy per minute; add it up across a full day and it’ll be a surprisingly high number.

Dieting tricks you into moving less

Back in the day, scientists thought that dieting led to a drop in metabolic rate due to ‘metabolic damage’.

Your metabolism does adapt, but it’s more to do with you moving less than any actual physiological changes. You see, when your body’s low on energy your brain down-regulates the release of adrenal gland hormones, reducing your natural get up and go.

This, in turn, reduces your NEAT and your total calorie burn for the day. And before you know it, you’re back in a calorie surplus because you’re sat on your ass all day.

To combat this drop inactivity levels you’ll have to be much more conscious about your daily NEAT levels.

Use a pedometer or activity tracker if you have to.

What’s the fix? Walk more and just be on your feet as much as you can. And take up Tantric sex too.

Someone needs to sit you down, look you in the eye and in the most sincere way possible, tell you that you’re a pussy.

This doesn’t apply to everyone of course, but you know in your heart of hearts why you’re not losing fat. For some, it’ll be a sincere lack of knowledge. For others, it’s a serious lack of commitment.

If you want it that bad you’ll find a way. Unfortunately for you, bitching about being overweight doesn’t burn calories. If it did you’d be peeled.

Sometimes you just need a bro to tell you that you need to suck it up buttercup and start to put some effort in… or no one will remember your name bro.

What’s the fix? If you aren’t fully committed to the cause, you’ll never change. Own that sh*t bro.

Lean Muscle Diet For Females To Get Ripped

6 Reasons Why Women Go Commando at the Gym